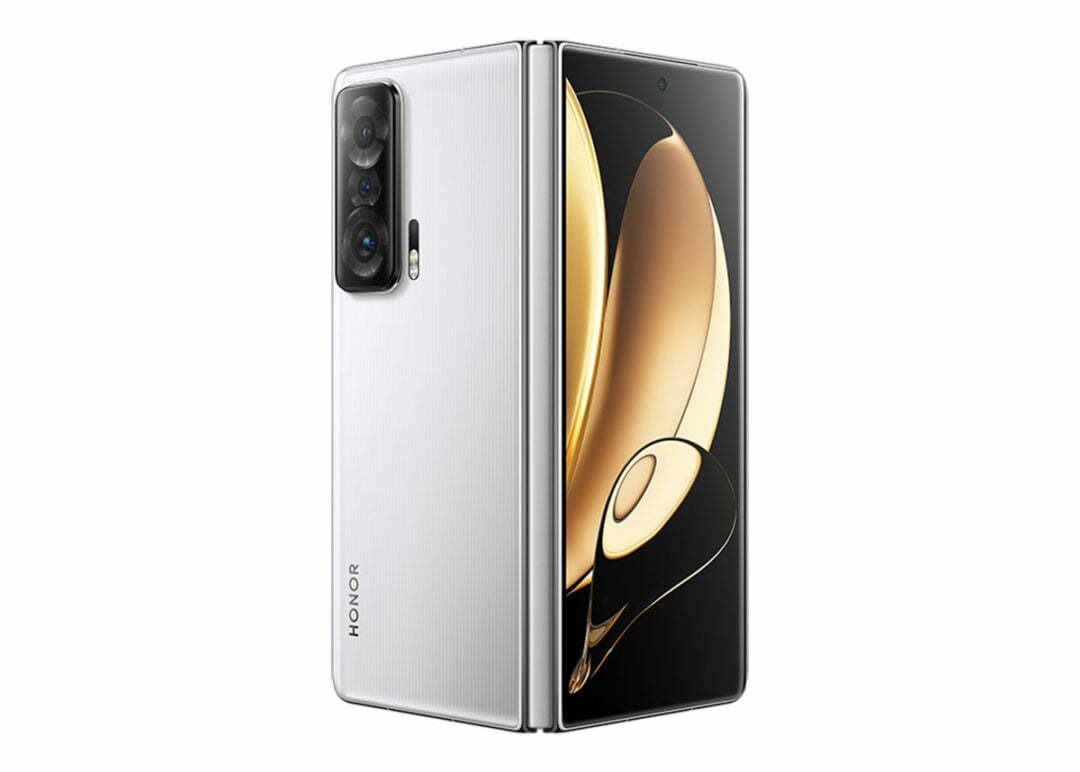 Honor Magic V  is already a reality. At the moment Honor has presented its first folding mobile in China, and we will have to wait a bit for it to arrive in India. The good thing is that we already know in detail its characteristics, technical sheet and, in addition, the advanced technologies that are inside it. And it is that its  flexible 7.9-inch screen and AMOLED technology , capable of representing content with HDR10 + is striking, but it is also very interesting to know everything that is behind when we completely fold this mobile. Something that we are going to break down throughout this article so that you know all its details.

One of the most advanced technologies that we have seen in Honor Magic V is that of its hinge. Inside there are no less  than 213 pieces that seek to completely fit the two sheets that make up the body of this mobile  and, in addition, include the curve of the flexible screen without folding it as if it were a sheet of paper. Well, the key is to do it in the form of a drop.

This means that when you fold the phone, the center of the flexible screen engages and adapts to a drop shape inside the hinge. This hinge has a large turning space for the screen thanks to the precise structure and the cam rotation system. The result is a  soft crease that supports the stresses applied to this panel when the terminal is unfolded or folded . Without affecting any of the 10 layers that make up the fine screen. An entire work of engineering in a body that is completely folded, without openings, without areas in which the inner screen is exposed to problems from the outside. Quite a differentiating point for this terminal.

But the capabilities of this fine hinge is only part of those advanced technologies that Honor Magic V uses. There is also a lot of work and refinement in the design. They have succeeded to such an extent  that the weight difference between one half of the phone and the other is less than 10 grams . So having it in your hands, folded or unfolded, offers comfortable and safe sensations. A balanced mobile, with a distributed weight and Premium finishes that can be seen in all its details.

50 MEGAPIXELS FOR ALL YOUR CAMERAS

But the technological advances are not only found in the exterior and interior design of Honor Magic V. Its photographic section also attracts attention. Have you noticed the large lenses of its camera module? These are 50 megapixel sensors  for each of the objectives.  Yes, as you read. In Honor Magic V there are no photos with the ultra wide angle with less definition than with the main sensor. Quite a point in favor to take screenshots of the world around us with total quality, even if we choose one or the other objective.

We find a main lens with f / 1.9 aperture for all types of photographs. It is accompanied by a second ultra-large format lens with its corresponding 50-megapixel sensor to capture larger spaces in a clear and detailed way. Finally, there is a third 50-megapixel sensor with a somewhat special objective focused on capturing all kinds of data from the environment. Even those that the human eye is not able to see. All of this  information is added to your photos to make them look even sharper, with more accurate and realistic color and higher dynamic range contrast values.

However, the icing on the cake in this Honor Magic V smartphone is put by the artificial intelligence that filters, retouches and improves all the images captured by the cameras. It’s what Honor has called the  Honor Image Engine . An engine that powers this photographic section to new heights, even in complicated situations such as night scenes, a high zoom to see distant details or HDR images with many layers of information. Thanks to this engine, and to all the Artificial Intelligence that understands and improves the scene, it is possible to improve each one of the captures and achieve really good results even if the situations are not ideal.

And beware, because Honor has not forgotten the selfies. In Honor Magic V we find two cameras to take selfies: an exterior one, to use when the mobile is folded, and another interior one, for when we use it unfolded as a tablet. Well, both cameras have  42-megapixel sensors . More than enough to detail any photo, use the mobile for video calls and, of course, apply filters and get the desired image.

THE ULTIMATE IN POWER, CONNECTIVITY AND BATTERY

In addition to being a mobile that unfolds and transforms into a tablet, Honor Magic V has been presented with the latest standards in terms of power. Its technical file does not have any weak point. And it is headed by the latest Qualcomm processor, the  first generation Snapdragon 8 . A super efficient processor thanks to being built in 4 nanometers and that not only includes great processing power, but is also accompanied by a modem to connect to 5G networks. So come prepared for us to connect to high-speed Internet networks.

All this with the capacity and solvency to move applications that travel from the outer screen to the inner one without stopping. Or to move several tools in real time and at the same time in the flexible panel. Something in which it helps notably to have  12GB of RAM .

Regarding the battery, Honor Magic V has been presented with 4,750 mAh divided into two cells. One for each sheet of this terminal. A smart way to distribute weight and space. But the most interesting thing is that Honor has introduced a  fast charge of 66 watts . A fact that becomes 50% of the charge of this mobile in just 15 minutes of charging.

Honor Magic V is the company’s first folding mobile and, although it has only been presented in China for now, it is a clear glimpse of what is to come.