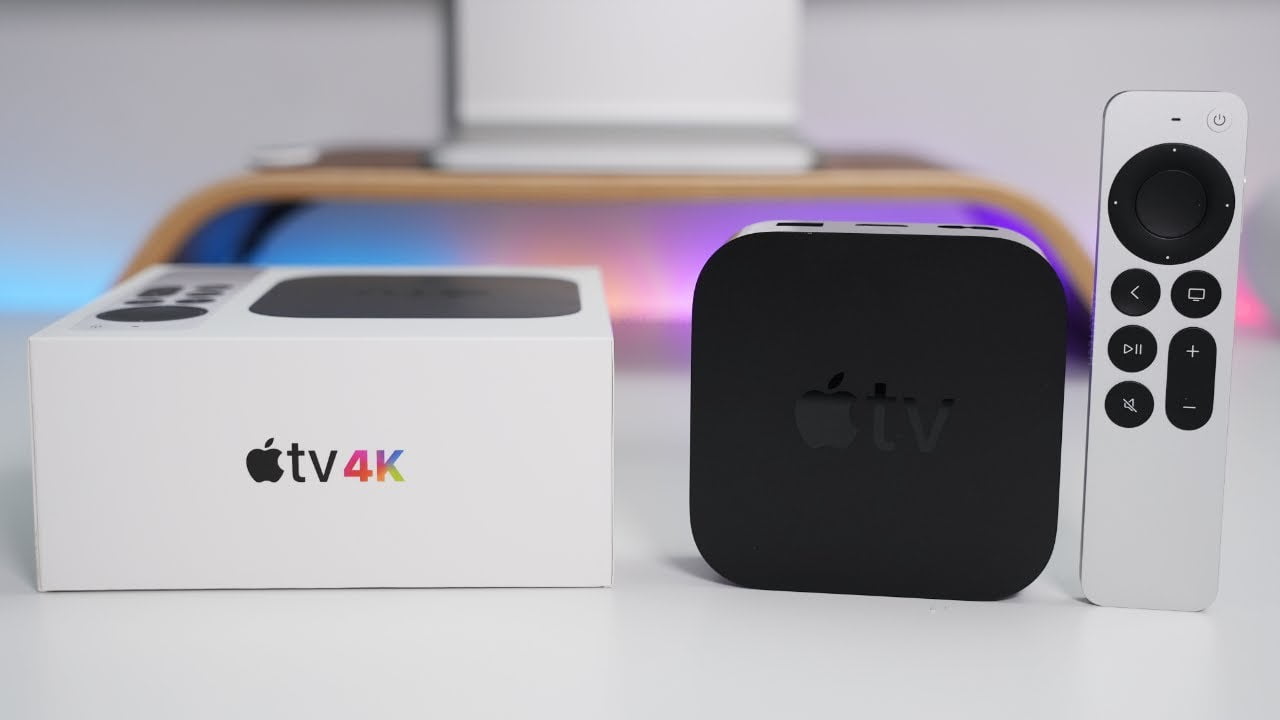 The new Apple TV 4K (2021) smart set-top box with Siri in remote looks exactly the same as the previous model. The updated media player works faster, and the remote control has received Siri support. It is thicker, more convenient, so it is more difficult to lose the remote control.

Considering the many other cheaper alternatives, should you get an Apple TV 4K for those unfamiliar with it? This is a tricky question that I’ll try to answer in my Apple TV 4K review.

Instead of the annoying touchpad, the Apple TV 4K (2021) remote has a four-way directional button bar, but the touch gestures remain.

The new remote is so good that we could advise owners of past Apple TVs to just buy it instead of a whole media player. The world of video streaming has changed a lot since Apple released its latest set-top box in 2017.

Apple’s content viewing app is now available on TVs, game consoles and even Roku devices with access to iTunes and Apple TV +. Why buy an Apple TV 4K for 225 USD when there are cheaper alternatives?

The decision whether to buy an Apple TV 4K (2021) depends on how deeply connected you are to the Cupertino-based device ecosystem. If you have an iPhone, Apple’s media player will probably be much more convenient than models from other companies.

Here you can quickly play content via AirPlay by mirroring your screen. There is support for Dolby Vision technology, many will like the ability to relatively inexpensively upgrade iTunes purchases in HD to 4K. This is especially true after Disney converted all of its films to 4K last year.

Previously, the main problem with Apple TV 4K was the remote control, which seemed very awkward to use. This is why the new remote is particularly impressive.

It’s like it’s back from the past – the body is now large, and the touchpad with buttons resembles Apple remotes from the 2010s. The company rarely returns to its origins in design, but in this case, such a decision is justified.

The updated remote is also a sign that Apple is finally listening to users. Thanks to its larger dimensions and rounded aluminum body, it is more comfortable to hold in the hand. The previous accessory was very thin, with sharp sides and made of glass. Who even uses glass for a TV remote control?

Due to its increased size, the remote is more difficult to lose, but the lack of AirTag or any search function is puzzling. But the touchpad was incredibly comfortable. With its help, it is easy to select films from the lists, and the usual touch gestures are also supported. Moreover, using the external control ring, it is easy to rewind or fast forward the video. The approach resembles the wheel of old iPods, providing more precise rewinding.

The layout is also much simpler, with the Back button replacing the ill-conceived Menu key, and returning the Pause / Play, Volume and Home buttons. There is also a mute key here, when the Siri voice assistant is controlled via the button located on the right side. A TV power key has been added to the top, which also puts the smart box into sleep mode.

It is similar in function to consoles from Amazon or Roku, although you shouldn’t expect a lot of variety from smart devices that simply run apps and movies. But, the Apple prefix is ​​more pleasant to use than all the competitors.

Apple TV 4K (2021) icons look more attractive, and switching between movies and apps is easy. You can even activate picture-in-picture mode for video while using other applications.

The set-top box will be more convenient for iPhone and iPad owners. In addition to AirPlay and screen mirroring, you can fill in text fields on the TV from your smartphone, which is especially convenient if you have long passwords.

Aside from the remote, Apple TV 4K (2021) is almost identical to the 2017 model. The A12 Bionic processor provides support for Dolby Vision and HDR up to 60 fps.

But, most users will not even notice it – there is too little content with a high frame rate or Dolby Vision. And films that support these technologies are often not available at maximum frequency on iTunes.

Apps launch faster, but this hasn’t been an issue with Apple consoles before. However, videos download at about the same speed as the previous model. Perhaps in the future, the A12 Bionic processor will allow running games to run faster than the A10X Fusion, but not yet relevant.

There is support for HDMI 2.1, so we’ll probably see 120Hz refresh rates in the future. In general, the A12 Bionic chipset is a bit outdated, as it debuted back in 2018 with the iPhone XS. Again, if you own a previous Apple TV 4K, there isn’t much point in buying a new one.

The quality of streaming video when viewed through Apple TV 4K (2021) is almost the same as that of any other 4K / HDR media player.

But, Apple has taken a unique approach to broadcasting high dynamic range content: the player forces your TV to always activate HDR. This reduces unpleasant flickering when switching between modes, although problems can appear when watching video in traditional SDR.

After the release of the console in 2017, Apple received many complaints from users about the operation of the mentioned technology. Over time, a setting was added whereby high frame rates and HDR are turned on only when needed. Alas, this does not work in all applications.

While other smart set-top boxes have a ton of video settings, Apple TV 4K has another big advantage – Siri.

For a quick and easy search for movies, Siri’s voice assistant works almost perfectly. The process takes a few seconds and the voice recognition is flawless. Siri helps you find new movies or instantly launch the next episode of a TV show you’ve watched.

The Apple TV 4K (2021) can also be used as a HomeKit smart home control center. It is unlikely that you will use this, however, the function is convenient: you can watch video from surveillance cameras or turn off the light with a voice command.

Apple’s new media player also supports the Thread smart home standard, which allows for an IoT mesh network with other smart devices. However, there are not very many products with Thread support on the market so far.

Apple’s new Smart Set-Top Box is easy to use and has many useful features. If you have a lot of Apple gadgets, Apple TV 4K (2021) will be the most convenient TV box.