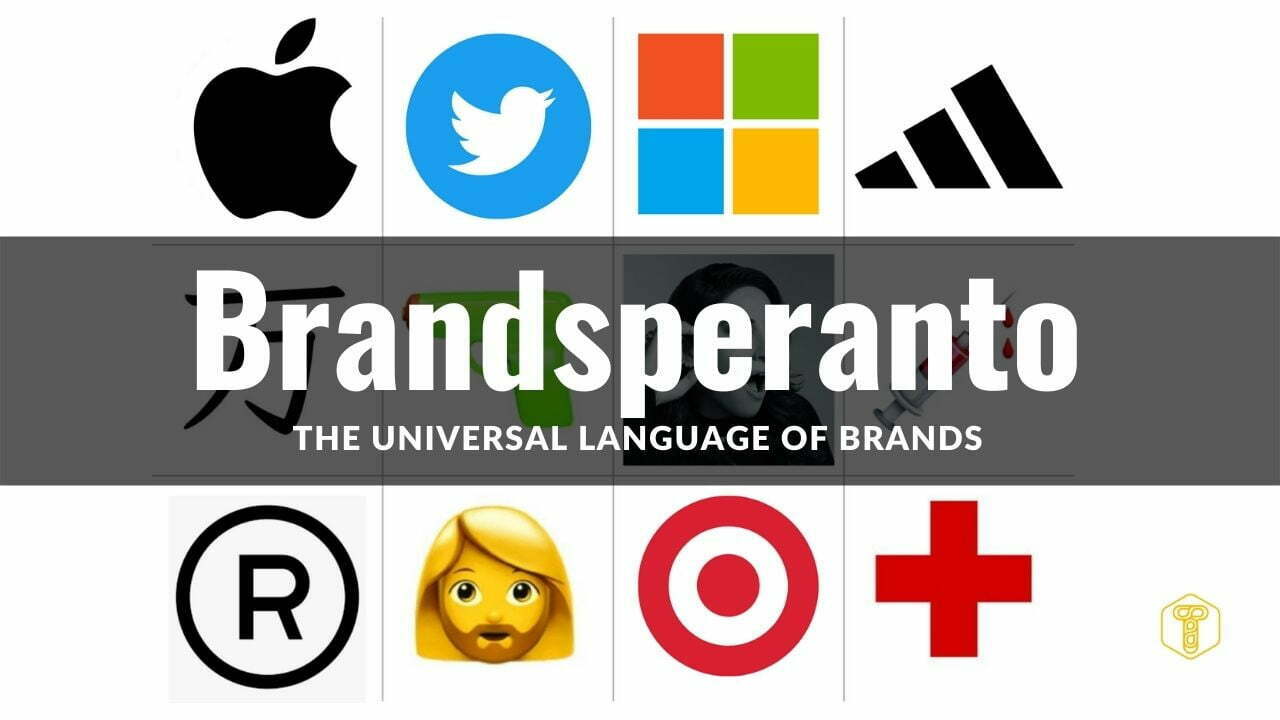 The desire of brands to be understood and heard by consumers from all over the world has given rise to a new language of communication – brandsperanto. What is its peculiarity and how has it penetrated into our daily life?

Clubhouse was the first to come up with a new brand expression: the C-shaped cupped palm gesture to “evoke the feeling that the user has when they are in the Clubhouse room.” This gesture can show a person looking through the peephole; a person who eavesdrops or whispers something to his friend, covering his mouth with his hand.

There is no exact definition of the concept of “brandsperanto” yet, but we will try to explain its meaning. Brandsperanto ( from English brand – brand + from Esper . esperanto – artificially created “universal” language) – the so-called “brand language”, which is understood by people from all over the world, regardless of their location, language they speak, and literacy level ; based on symbols and gestures.

Tech companies have long sought to claim ownership of their own gestures (Apple’s swipe to unlock , Tinder’s swipe right , there’s even a fight for the shake your phone gesture ), although gesture branding used to be considered the privilege of a particular individual.

However, Clubhouse’s bold move towards symbolic branding – in the wake of trends towards blending (the process of incorporating the brand’s legend into the everyday life of the consumer) and debranding (moving away from the brand name) – has already become part of a big evolution towards a new style of universal communication.

Reasons for the popularity of Brandsperanto

The use of silhouettes and outlines of objects in signage automatically includes brands in this universal symbolic communication. As digitalization and globalization intensify, communication is becoming not only platform independent, but also multilingual.

Symbols permeate the brand through and through: from the website to corporate literature. This explains the popularity of services such as The Noun Project – a stock of characters for all occasions.

Ahead of the “Olympic Games 2020”, the organizers have released two graphic images that perfectly illustrate this trend. Firstly, they became the announcement that these games will become the 22nd Paralympic and 33rd Olympic:

Secondly, Nippon Design Center launched “ Experience Japan Pictograms ” (a collection of 280 free icons ranging from sumo to kabuki) to “invite travelers to explore and enjoy Japan a little more than before.”

Perhaps because of the elegance and simplicity of the 3 characters ( kanji , hiragana and katakana ), Japan has an outstanding history of graphic excellence. Just think, the daily 10 thousand steps imposed on us – this figure is not the result of any medical research. In 1960, a marketing campaign for the Japanese pedometer Manpo-Kei ( man = 10,000; po = step; kei = measure) came up with the name because the character man (10,000) looks like a walking person.

Today, the Unicode Consortium , a non-profit corporation that does the titanic job of making sure all written communication is in sync across all programs, platforms, and operating systems, is responsible for releasing new emoji . The latest standards written by this company are 1020 pages of printed text and codify 144,697 characters.

As soon as Unicode decides to release a new emoji, designers of all platforms are immediately taken to developing this character in their own style.

While emoji are not (at the moment) a full-fledged language suitable for literature or subtle diplomacy, they certainly do not symbolize immersion in the linguistic dystopia of Orwell’s Newspeak.

Firstly, because the emoji lexicon is steadily growing (from 1145 unique characters in 2010 to 3663 characters today), and Orwell’s “Newspeak was intended not to expand, but to narrow the horizons of thought, and indirectly this goal was served by the fact that the choice of words was reduced to a minimum.”

Secondly, the concept of the emoji universe is contrary to Newspeak and tends to justice – the collection of symbols is constantly updated with characters of different faiths, genders and physical characteristics.

Each platform modifies the symbols to suit current circumstances. In 2016, for example,

And such exposure to modern changes does not at all mean that emoji are not serious.

Under which was the text:

“This is what over 3,000 Hamas rockets look like. Each of them was supposed to kill civilians. old man. woman. Child. Every rocket has an address. Imagine if at least one of them had YOUR address.”

Emoji diplomatic communication is not new: from Churchill’s V to Trump’s MAGA cap, semiotic shorthand has always been one of the keys to political campaigns. But leaving aside the loud effect of Israel’s messages, one can notice a slight veil of irresponsibility in these messages. Partly because the rocket emoji looks frivolous, even childish, to be a means of state diplomacy, especially in this context. But it is clear that such simplicity and immediacy was Israel’s goal, to reach out to opponents, break through all the media noise, be heard, achieve peace, highlight the statistics of defeats and cause a stir.

As of today, brand logos cannot (yet) be included in the Unicode emoji list, but a company can assign one of the characters to itself at one of the levels : Gold, $5,000; Silver, $1,000; Bronze $100. IBM has already acquired cloud emoji, Google has acquired hamburger emoji, Red Lobster has lobster emoji.

The whiskey brand Ballantine’s acquired the “whiskey” symbol after a two-year “the water of life” advertising campaign to form a direct association “whisky=Ballantine’s”, like the beer, wine and cocktail emoji.

Over time, brand symbols will inevitably appear in the emoji alphabet, as they will densely enter our visual communication lexicon. Twitter took the first step in this movement by launching “hashflags”, which allow you to attach emoji to hashtags. Of course, this could have been done before, but the same hashtag with an emoji at the end is two different hashtags. With hashflag technology, the desired emoji is automatically added to the hashtag. The right one is the one that the brand paid for. Thus, when the #NFL hashtag is entered on Twitter, the National Football League emblem will appear next to it, next to #Matrix – a blue and red pill emoji, next to #BlackLivesMatter – three fists, and next to #MeToo – three raised hands. So far, the hashflag technology is only available on Twitter.

Despite the universality of the language, Esperanto is spoken today by no more than 3 million people around the world. Symbols of major brands and corporations, emoji symbols are used in daily communication by billions of people in all walks of life, and blending and debranding have become new trends in marketing. Being universal in order to be understood is a new era in branding philosophy.