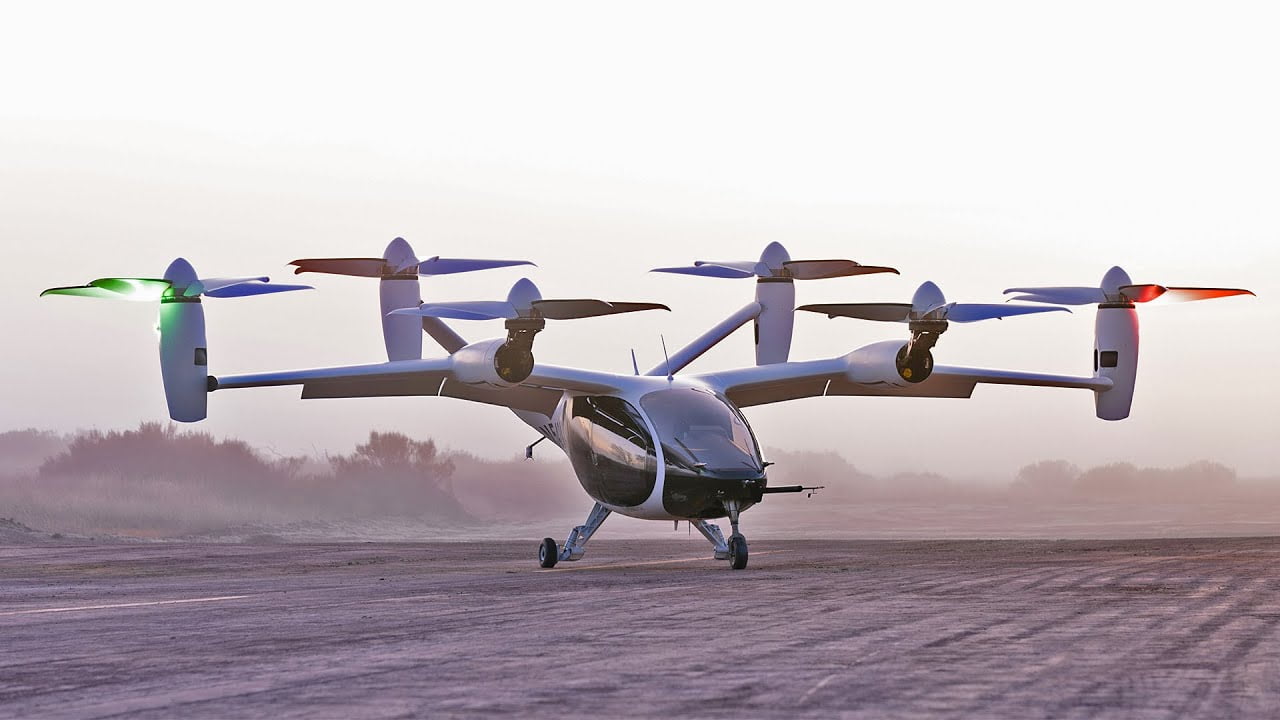 The autonomous vehicle Maker, created by startup Archer ( Air Taxi ), can take off and land thanks to its electric propulsion. Its maiden flight was timed to coincide with the 118th anniversary of the flight of the American designers of the Wright brothers.

The aircraft flies by the movement of the six forward propellers on the wings. The propellers can rotate, changing position and causing the plane to move forward. If one or even two propellers fail during flight, the craft will retain enough thrust to safely carry passengers to the ground.

Initially, the inventors planned to carry four passengers. However, such a decision will require obtaining permits from the US Federal Aviation Administration. So far, permission has been issued for the transport of people in a two-seater model. The peculiarity of air taxis is that during the flight they create less noise than helicopters. The air taxi is capable of accelerating up to 240 km / h and can cover distances of 96 km on a single battery charge. It is planned that this will be enough to move within the city boundaries. The charging time of the device will be about 10 minutes.

During testing, engineers will check how safely and efficiently the device is able to transition from vertical takeoff to horizontal flight, and then land vertically.

“Our goal is to create a flying device and build a whole system of urban airmobility. This will help change the face of travel within the city. After completing the first test, we were one step closer to that goal, ”commented Adam Goldstein, co-founder of the startup Archer.

Archer plans to start paying air travel for its first passengers only in 2024. According to company representatives, residents of Los Angeles and Miami will be the first to test the device. Also in 2023, the company intends to launch a four-seater model that will be the first in the industry.

This is not the first air taxi that is currently being developed. The mayonnaise manufacturer Sloboda has developed its own prototype of an aircraft. The device has already passed tests and at the end of 2022 should appear on separate routes in the Belgorod region.