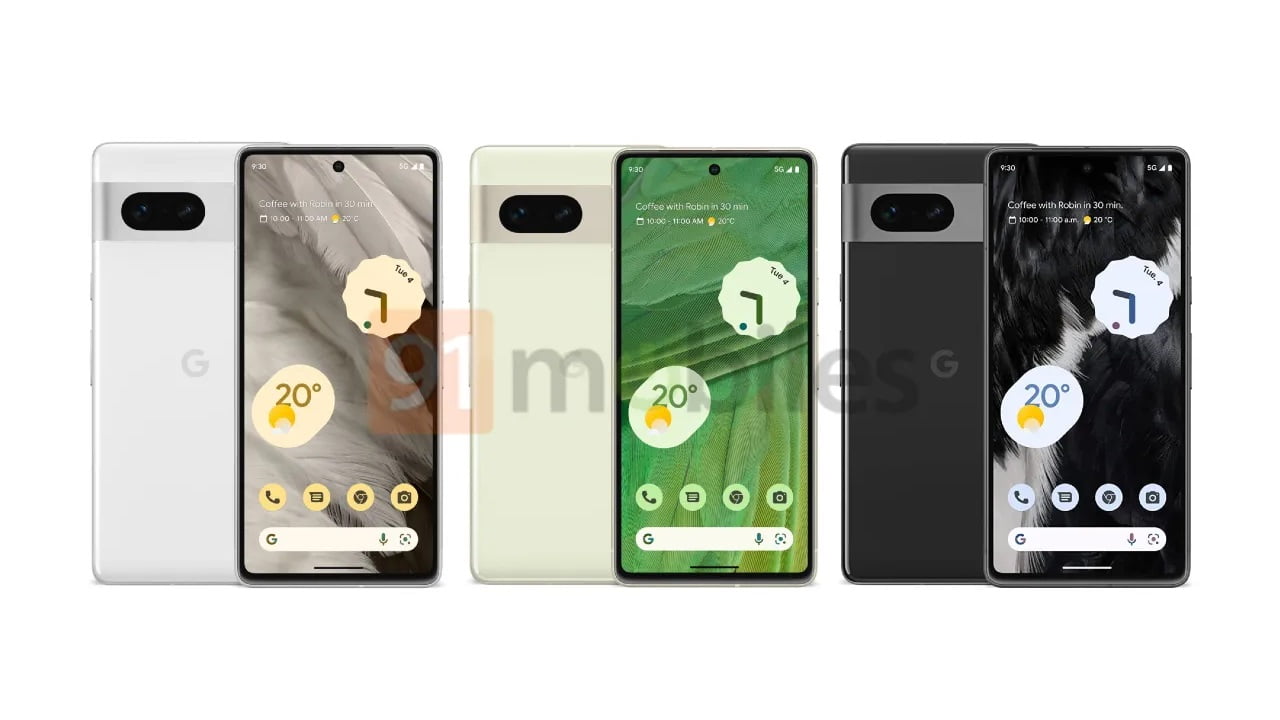 The latest leaks show how exactly Google Pixel 7 looks and how much it will cost. Of course, as it happens in the case of leaks, it is worth being a bit skeptical and waiting for the official premiere of the phone. However, everything fits together logically and it can be said that with high probability it is already known what the front of the new Pixel is and at what price this model will debut.

Google Pixel 7 slowly ceases to have any secrets from us

Writing about the leaks regarding the appearance of the Pixel 7 is so much fun that this smartphone was officially shown by Google in May this year. It just so happened that the Mountain View giant always showed his phone in shots in the back . 91mobiles claims to have renderings showing the entire design of the Pixels 7 and 7 Pro. The website also published photos of these phones.

As for the back of the Pixel 7, the findings of 91mobiles are in line with what Google has already shown some time ago. A very characteristic element is the strap that runs across the entire width of the smartphone housing – it is the camera lenses. On the front, the Google Pixel 7 does not stand out too much – it has very narrow frames and a round camera hole in the upper part of the screen, in the middle.

Leaks show that Google Pixel 7 will be equipped with, among others with a Tensor G2 processor, 8 GB of RAM, an AMOLED screen with a diagonal of 6.3 ″ with 90 Hz refreshing and a battery with a capacity of 4700 mAh. It can be said with high probability that the price of the smartphone will be $599.99 (approximately 48,999 INR or 610 € ). The phone at this price was visible on Amazon for a short time. Although the offer has been removed, its screenshot has been preserved on Twitter.

The official premiere of the Google Pixel 7 smartphone and other devices from the American company will take place on October 6 . You can read about the details of the event and other premieres planned by Google in the linked text.