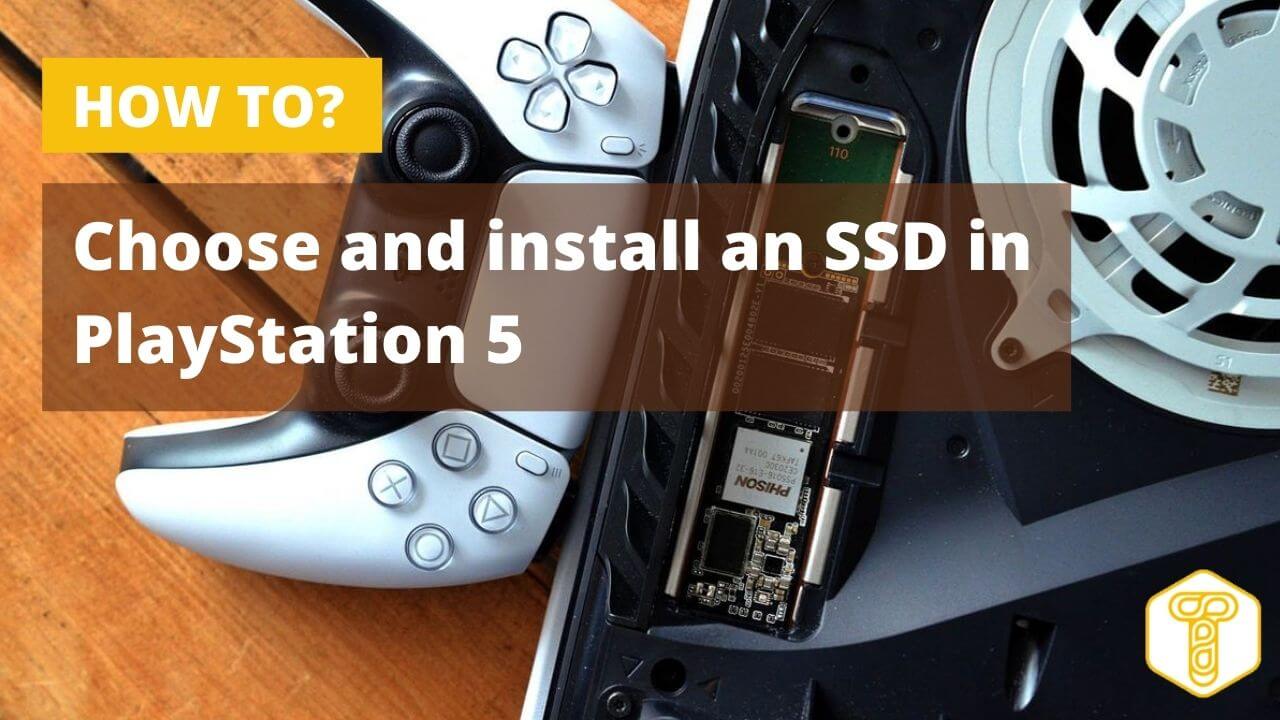 When the PlayStation 5 console reached the hands of gamers, many of them turned their attention to the relatively small amount of built-in memory. Despite what Sony says about 825 GB, in fact only 667.2 GB of it is available, the rest is taken up by the system.

Considering that modern games weigh an average of 50-70 GB, and some – more than 100 GB, it is obvious that the built-in drive will not last for a long time – which is why Sony finally unlocked the m.2 slot in the latest update, where you can put an additional SSD up to 4TB.

The latter is needed so that the SSD does not overheat during operation. But some drives come with a built-in heatsink, so you don’t need to buy it separately.

Another very important parameter is the reading speed. It should be 5500 Mb / s and above. This is necessary for the drive to pull “heavy” Sony games like “Ratchet and Clank: Through the Worlds”, where download speed is especially important when moving quickly to new worlds.

In terms of memory, everything is individual, but I highly do not recommend saving and taking options for 250 or 500 GB. Only three to five games, and the drive will be completely clogged.

Also, you should not consider options for 2 or 4 TB, because such an SSD is very expensive and approaches the cost of the console itself. Therefore, a reasonable compromise would be the 1 TB option.

Another important component is the heatsink. As I wrote above, this model does not have a built-in heatsink, so it is important to buy it in addition. I chose the Akasa a-m2hs01-bk model, it costs 650 rubles and is installed with an SSD (see gallery).

Now let’s move on to the installation. An SSD is very easy to put in a set-top box – even if you do not have experience installing an SSD in a computer, you will succeed.

Unplug the console from power and place it upside down. Then it is enough to pull the corner of the case towards you and push the cover to the right. She will move out easily.

We twist the SSD with a screw back and assemble the console in the same sequence. The whole process takes five minutes on the strength and no problems should arise. Then we put the cover in place and connect the console to the power and the TV (or monitor).

During the first power on after installing the SSD, the console system will ask you to format the disk, after which it can be used. If the main SSD is already packed to capacity, then new games can be downloaded directly to the Samsung 980 Pro (that’s what it is called in the system itself).

In order to change the download option for new games, you need to go to the settings, then select the “Storage” item and select Samsung 980 Pro as the installation location. The games we tested – FIFA 22, Grand Turismo Sport, Ratchet and Clank: Through the Worlds, Miles Morales Spider-Man, both The Last Of Us – all load faster on Samsung’s SSD.

And if the console is used occasionally, then it is quite possible to get by with the built-in amount of memory. But next year there are several “heavy” games at once, so I would still recommend installing an additional drive so that you do not download games again every time.