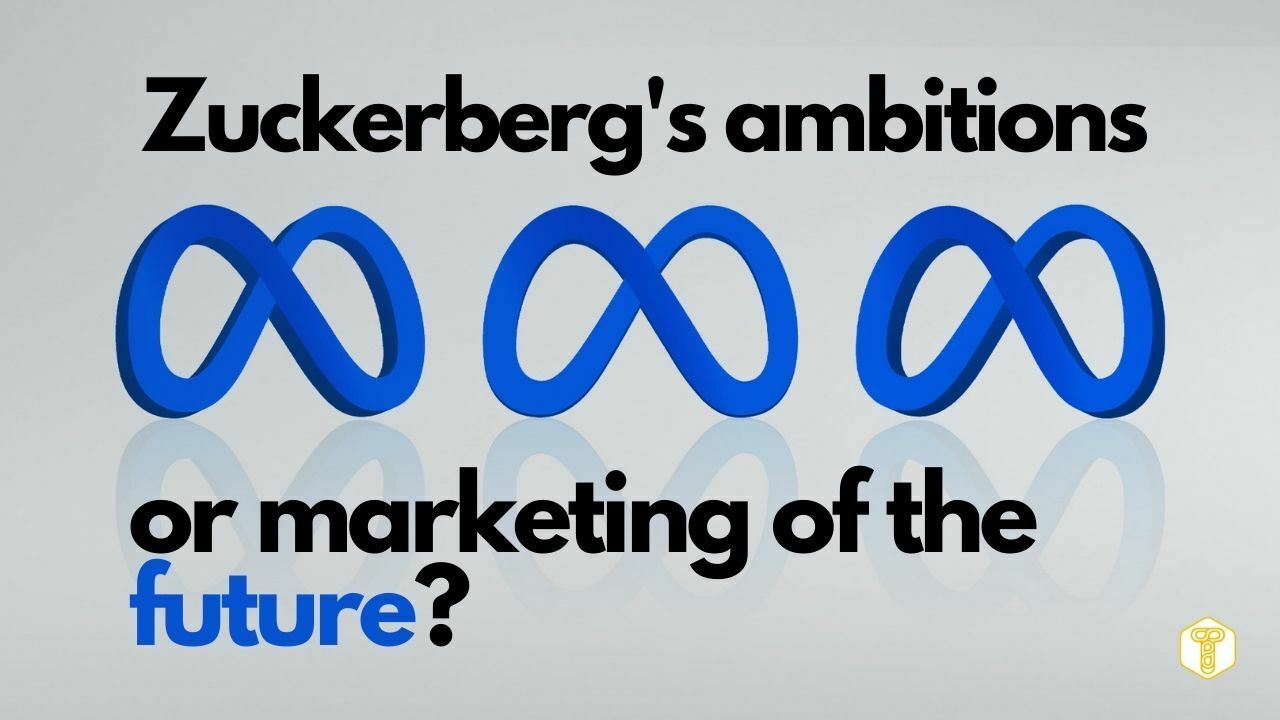 The concept of the metaverse is getting more and more popular. And where there are trends, marketers come there. We at TECHTIPER have found out what opportunities the metaverses bring to brands or is it just a utopian dream of Neil Stevenson fans.

What is the metaverse?

The Metaverse is a single digital space that combines physical, augmented and virtual realities.

Users will not need screens and monitors: all communication will take place in virtual reality helmets, where people will be together in the same room or any other location, and AR glasses will imitate live eye contact and facial expressions of users.

Origins of the Metaverses

The term “metaverse” was first proposed by American science fiction writer Neil Stevenson in the novel Snow Crash back in 1992. This is the next stage in the development of the Internet, which will combine physical, virtual and augmented reality.

Without leaving home, people will be able to meet friends and loved ones in a hybrid space. The holograms we have seen in science fiction films or novels will become a common means of communication in the metaverses.

It is assumed that user avatars in the form of their digital projection will become indistinguishable from reality. And each user will have the opportunity to build a copy of the world online and make their deepest desires come true. It all sounds like The Sims, a life simulation game that came out almost 22 years ago.

There has been talk of metaverses in open-world multiplayer games like Fortnite, Roblox, Minecraft for several years now. Interestingly, with the advent of the Metaverse, advertisers are spending more on in-game ads and discovering new sources of ad reach.

And although the metaverses are primarily associated with games, Facebook, sorry, that is, Meta, plans to create a virtual world for work, communication and entertainment, in which games will occupy only a small part.

Why the Metaverse is a Trend

The metaverse is now at the height of the media hype. In this year 2021, it was included in the top 10 main words of the Collins English Dictionary along with NFT and crypto. Why did the metaverses find their place in the market?

Brands and consumers are gradually transitioning to the o2o concept (offline-to-online and vice versa). The buyer in the real and virtual world is the same buyer. The challenge for the marketer is to create a seamless customer-brand experience and track the customer all the way to the purchase.

This transition has been especially intensified during the pandemic, when online fitting rooms have become popular: you can try on clothes online and safely arrange delivery to your home or post office without contact with others. Now you can “try on” absolutely everything: carpets, wallpapers, sofas, shoes, makeup, etc.

The Metaverse is a continuation of the merging of offline and online. This is a world that connects all user devices and his real life. As a pioneer and with the intellectual and financial resources, Meta is unlikely to give way to the metaverse niche. At the very least, he will do his best to remain the undisputed leader.

Zuckerberg’s metaverse is not quite similar to Neil Stevenson’s concept. The initial understanding of the meta-world lies in the unification of all services, platforms, programs in one space.

This is a world where the same message can instantly scatter across all platforms where you can repost from Facebook to VKontakte and vice versa. Perhaps in the distant future, all Internet companies will agree to such cross-compatibility. And in the near future, the metaverses will remain only within the services of one company and its partners, for example, Meta and its services Instagram, Facebook, WhatsApp, etc.

What is interesting for a marketer

Advertising in the metaverse is a paradise for marketers and advertisers. The user is maximally involved and divorced from the real world: he will not be able to switch his attention from the screen, as if he were using a smartphone or PC.

This means that there is a high probability that the user will read the message of the brand. Large companies will want to be present in the metaverse in order to maintain their visibility, brand awareness, and grow sales.

Gaming metaverses (Roblox, Epic Games) have long attracted major brands due to a large base of loyal users whose attention is focused on everything related to games. They are accustomed to navigating the virtual space and would not mind getting a digital avatar or other bonus from the brand for free.

The future of marketing in the non-gaming metaverse is far from clear, but meta-marketers are likely to follow in the footsteps of their peers in the gaming industry.

Metaverses will be a new stage in the development of NFT: online auctions will move from the Internet space to the meta-worlds. NFT items can be exchanged for virtual or real currency or exchanged for other tokens.

Thus, the market capitalization of the Decentraland game metaverse, where you can buy virtual real estate, create avatars and various items, has risen from $108 million to $3,759 million over the past year.

Over the past 30 days, 1,218 NFT tokens have been sold on the platform, and the most an expensive token in the form of a virtual reality site was sold on November 23 for $2.4 million.

Direct-to-Avatar will replace the Direct-to-Consumer model we are used to. D2A is a model for selling digital goods to avatars (users) directly without intermediaries. Brands will surround the user with virtual advertising and goods (clothing, real estate, status symbols). The demand for digital clothing, which is already popular with a narrow segment of the audience, will increase.

So the Fortnite platform, which positions itself as a metaverse, is already collaborating with many global brands: DC, Nike, Marvel, Microsoft, Sony. They develop skins (appearance of the character), items and other elements of the game space.

Fashion house Gucci has also tapped into the virtual world by teaming up with Tennis Clash, Wildlife’s closest mobile game to tennis. Tennis Clash players will be able to view exclusive Gucci looks, compete in a special brand tournament, and purchase outfits from the game for themselves on the Gucci website, which bridges the virtual and real worlds.

Vans also created their own world in the Roblox metaverse and built their own skate park, where you can both ride and buy company merchandise for in-game currency.

And this is just the beginning. Metaverses provide a lot of space for brands and allow you to turn the game into a process of buying a product.

The real needs of people will not disappear with the advent of the meta-world. Metaverses will become another sales channel for the brand and the consumer.

For example, an advertisement for home delivery of food can distract from the virtual world and remind users of the feeling of hunger that it can satisfy with a brand offer.

In virtual reality, you can do whatever you want: play, work, chat or go to concerts. So, in 2019, Weezer created an island in Fortnite where players could listen to the group’s new album.

That same year, American DJ Marshmello held his first virtual concert in Fortnite. And during the pandemic, when all mass events were canceled, the concept of virtual events was continued by the American performer Travis Scott. His concert gathered more than 340 “Olympic”: in total, the concert was simultaneously watched by 12 million players around the world. A little later, Ariana Grande and other performers joined the trend of virtual concerts in games.

Instagram will have 3D/AR/VR features in the future. The social network will become three-dimensional, and it will be possible to log in directly in the AR helmet. Messenger will also have more VR features, such as simple games.

Beta testing of the technology for holding virtual meetings through digital avatars in Horizon Workrooms is already underway.

All this brings companies to a new level of interaction with consumers and employees, for which it is important to prepare.

Will the digital world become the new reality?

Digital services Netflix, Facebook, Instagram, TikTok and other digital services are gradually accustoming the audience to online content consumption. The entire entertainment industry is supposed to move into the metaverses. And while some media reacted with enthusiasm to the news about the creation of Meta, a lot of memes appeared on the network. Netizens compared the demonstration of Meta’s capabilities in the presentation to a similar scene from Black Mirror:

Even Elon Musk could not resist posting an adapted quote from The Matrix on his Twitter account: “If you die in the metaverse, then you die in real life.”

Indeed, there are still more prejudices towards the metauniverses than faith in their dawn. In the near future, virtual virtuality helmets will not be able to replace the real world for several reasons, if you do not go into technical details:

Manufacturers of virtual reality devices have a difficult path to go to make the experience of interacting with the digital world seamless, convenient and comfortable for people. Meta, like Fortnite, will evolve gradually.

So far, the Meta presentation looks like empty promises. However, it is possible that soon engineers will find a way to turn the dreams of the Metaverse into a new digital reality, and brands will have the opportunity to move into the Metaverse.
But the question remains open: will the people of the future want to live in the matrix and abandon real life, or will the metaverses become just a game in their free time from real life?