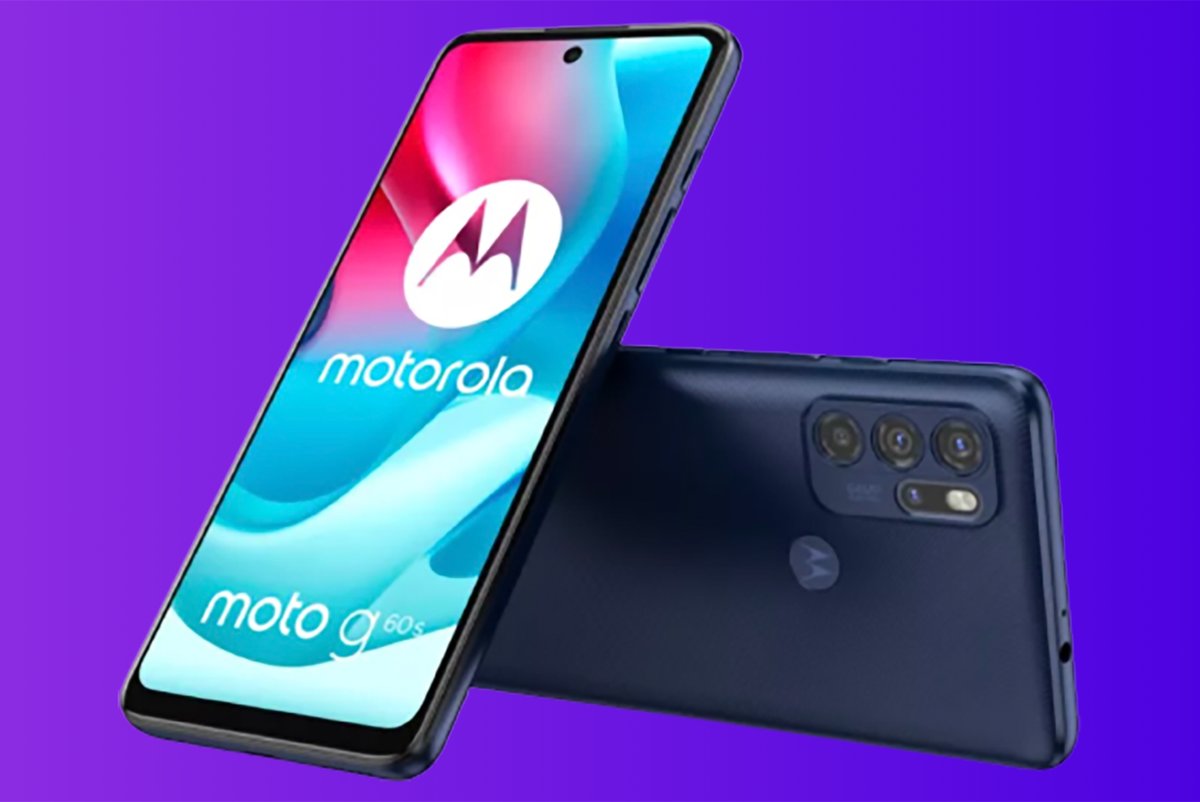 The new Motorola Moto G60s is a budget smartphone that features 50W fast charging, which is rarely seen in this segment. However, in other aspects, the device will be difficult to compete with more powerful competitors. Read more for Motorola Moto G60s review price-performance ratio.

Since the purchase of Motorola by Lenovo in 2014, smartphones under this brand are being released at an alarming rate. Only in 2021, 35 Moto models were released, so you can get confused in them, even if you do not consider similar products from other manufacturers. I tried to find out what the Moto G60s is offering us.

The box from Motorola is a traditional rectangular parallelepiped with a removable top, which has a designated place for a smartphone and add-ons.

After opening, we get:

Smartphone in a case
USB-C to USB-C cable
Charger with USB-C and USB-A output.
Documentation, instructions and tool for removing the SIM tray

Depending on the connector chosen, the power adapter can transmit 50W over USB-C, and 20W over USB-A, and simultaneously use 40W and 10W, respectively.

Externally, the design of Motorola Moto G60s does not represent anything special – a glass screen with plastic side frames and a back cover.

The smartphone is quite heavy at 212 grams, although it is comfortable to use. The textured back surface of the case provides a confident grip, so there is no need to buy a case. There are two colors to choose from: green and blue.

Behind you will see a practically non-protruding module with cameras located one below the other. Slightly to the right and below is a fingerprint scanner with the Moto logo. Display diagonal 6.8 inches, although this large device, the bezels around the screen are small. In the center of the upper part there is a hole with a front camera that supports face unlock technology.

On the right side of the Moto G60s, you will find the power and volume keys, a little higher – a separate key for calling the Google Assistant. Unfortunately, you cannot reassign to another function. Above is a 3.5mm headphone jack, and below is a single downward-facing speaker, as well as a USB-C port for charging and data transfer.

With high detail and rich colors, the difference from 1440p displays is almost imperceptible. The panel’s brightness reaches 510 nits, so there are no problems when using the device outdoors.

It is important that a high refresh rate of 120 Hz is supported, which automatically adjusts based on the content being displayed. It is possible to choose fixed values ​​of 60 or 120 Hz.

Photos from the main sensor with a wide dynamic range and good hue accuracy. But there are problems with exposure, so it is inconvenient to shoot on a sunny day. Night mode brightens the images a little, and nothing more.

Like almost all competitors, the macro lens and depth sensor are useless. Close-up photos are of poor quality, and portrait shots have poor recognition of subject boundaries. In fact, the Motorola Moto G60s only has two real cameras – in the module on the back.

The 16MP front camera has the same exposure issues as the main camera, although focusing is fine. The smartphone can record videos at 4K / 30/120 fps, although 1080p is sufficient in most situations.

The Motorola Moto G60s runs almost stock Android 11, and there is no word yet regarding the upgrade to Android 12.

Motorola typically provides two years of OS updates to their smartphones – so you can count on Android 13 in the future. Security updates have the same support period, so Moto would be nice to learn from other manufacturers and extend the support period.

At least Android 11 on the Moto G60s is clean – there are only a couple of additional apps that can’t be removed. But the Moto app with gesture settings will definitely be useful.

It is a very popular chipset among budget smartphones, and is roughly the same power as the Qualcomm Snapdragon 720G. The Mali-G76 is responsible for the graphics, and it supports all the RAM – 4 or 6 GB. The internal memory is 128 GB, however, it can be increased by using a microSD card.

The performance of the Moto G60s is not the best – at times there are lags and crashes from applications, which spoils the user experience. It is also not suitable for games.

In the GeekBench 5 performance test, the device scores 1,651 points in multi-core mode, and in the GFXBench Car Chase graphics test – 16 fps, which is a very average result.

The key advantage of Motorola Moto G60s is the long battery life from the 5000 mAh battery.

The energy reserve is sufficient for one and a half to two days of normal use. In the PCMark battery test at 200 nits brightness, the device achieves a score of 11.5 hours, which is quite good. The good news is how fast it charges via the included 50W adapter.

In 15 minutes, 45% of the energy is restored, and in half an hour – 75%. If you need to quickly recharge your phone in the morning, half an hour at the outlet is enough for the whole day. Wireless charging is also supported.

The Motorola Moto G60s smartphone doesn’t bring anything particularly exciting to the market, although it does have several advantages. The battery life is long thanks to the 5000 mAh battery and the charging is very fast. The software is not overloaded with unnecessary features and ads, so it will appeal to all fans of pure Android.

In other aspects, however, the Moto G60s is not impressive. Performance is mediocre, as are the cameras. There is no support for 5G networks, and the overall build quality is not the highest in its class. We can recommend this model only to lovers of Motorola phones.

Should I buy Motorola Moto G60s

Autonomy and 50W fast charging outperform most competitors at this price point, but the performance and weak cameras aren’t worth it. It’s a good phone, but alas, not great.