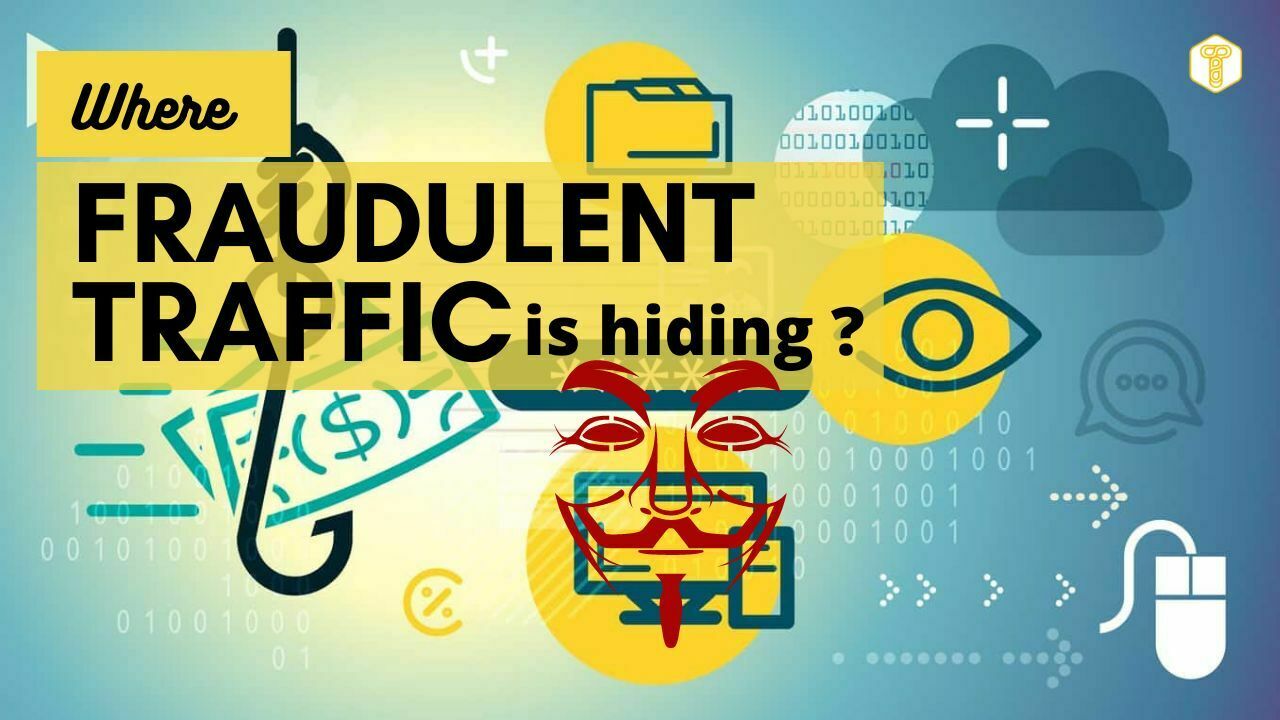 The topic of fraud in advertising campaigns is extremely painful for Internet business owners and digital marketers. Fraud scammers distort reporting, take away the advertising budget and give nothing in return. In this article, we will tell  you how to identify junk traffic in mobile advertising and minimize it.

Mobile advertising budgets are growing along with the popularity of mobile devices, and fraud schemes are developing along with them. According to Appsflyer data for 2021, 8% of traffic in Russia is fraudulent.

There are many initiators of the fraud. Among them:

We categorically do not recommend engaging in fraudulent activity: your customer can responsibly approach the study of reporting and identify fraudulent fraud, which threatens to refuse further cooperation and damage the reputation in the market.

What’s with the pandemic?

Not without the impact of the pandemic. The lockdown forced retailers to move online and increase budgets to promote their own online stores and delivery services. The scammers took advantage of this.

Is there no fraud on iOS?

Android is the most vulnerable operating system to cyberattacks and viruses, and there is more fraud on it. However, the audience on iOS is more solvent, which is why it attracts not only advertisers, but also cybercriminals more than Android.

The majority of fraudulent traffic comes from remarketing and in-app campaigns on Apple devices. These campaigns are paid using the CPA (Cost Per Action) model, which costs more than the CPI (Cost Per Install) and generates more profit for the scammers.

How to recognize fraud?

In mobile advertising, we rarely have to deal with fraud. We explain this by the fact that agency specialists usually buy traffic from channels they can trust.

Of course, a small percentage of fraud gets into reports, but it is so low that it does not greatly affect the expenditure of advertising budgets and does not prevent advertising systems from learning well.

It is difficult to recognize fraudulent traffic in the reports themselves. The real picture of actions in applications is shown by the CRM system. It will help you understand that the sharp increase in clicks and installs is not caused by a surge in user interest, but by fraudulent schemes of intruders.

Therefore, it is necessary to regularly monitor data in CRM and compare it with statistics in advertising systems. This will allow you to track suspicious traffic in time and disable dubious advertising channels.

Where is the most fraud?

Fraud schemes are getting smarter, and you have to deal with their consequences after massive attacks,” says Olga Gaskova. Smart fraud can go unnoticed by anti-fraud systems of mobile networks and analytics.

In our experience, fraudulent traffic is a problem for small ad networks. Large systems (Yandex, Google and some others) are aggregators of many advertising networks and publishers (sites or applications that display ads).

Among them, there may be a fraudulent network, but the smart algorithms of advertising giants have learned to recognize unscrupulous partners and immediately refuse to cooperate with them. Therefore, it is safest to use trusted systems such as Google Ads.

However, small networks have their own “advantages” that attract advertisers:

We recommend that you use unfamiliar ad systems carefully and, if possible, use large ad networks to minimize the threat of fraud attacks. When choosing intermediaries, you can focus on the top advertising networks from the Blue Book Top 20 CPA Networks rating .

What are the types of fraud?

There are many ways to intercept advertising traffic. Fraud scammers are constantly improving their skills to remain unnoticed by digital specialists, security systems and analytics. We list the most common fraud schemes:

Bots make up half of all fraudulent traffic. They are malicious code that imitates user actions based on data collected by malware on user devices. Often bots run on a server basis, not on real smartphones.

This is a whole warehouse of mobile devices under the control and monitoring of intruders. Devices click on ads, download apps using IP addresses and advertising IDs of real users non-stop.

The attacker in the face of the advertising grid tracks clicks and installs of real users, including those on ads from other advertising systems. When a user installs an app, the scammer intercepts the installation.

As a result, it is attributed to the fraudulent grid. Such a network receives advertising budgets without spending a dime on promotion, and a conscientious network spends a budget and does not earn anything.

Click flooding accounts for 35% of all fraudulent traffic. In click flooding, the attacker sends a large number of clicks to get to the moment the application is installed by a real user. It looks like it was the attacker’s ad network that brought the conversion.

How to deal with fraud?

In our agency practice, we encountered fraud in 2018. Then we launched an advertising campaign for Lensmaster, adding a lead magnet to the ad – free vision diagnostics.

There were a lot of people who wanted to make an appointment, but fraudulent applications made the job more difficult – 70-80% of them came, which led to the disruption of the campaign.

Then we organized our own call-center and began to confirm applications by phone immediately after their registration. This allowed us to get a more reliable picture of what is happening and ensure an even workload of doctors.

In the fight against fraud, the most important thing is to track suspicious traffic in time. We offer you a small checklist that will help you understand that scammers interfered with the advertising campaign: