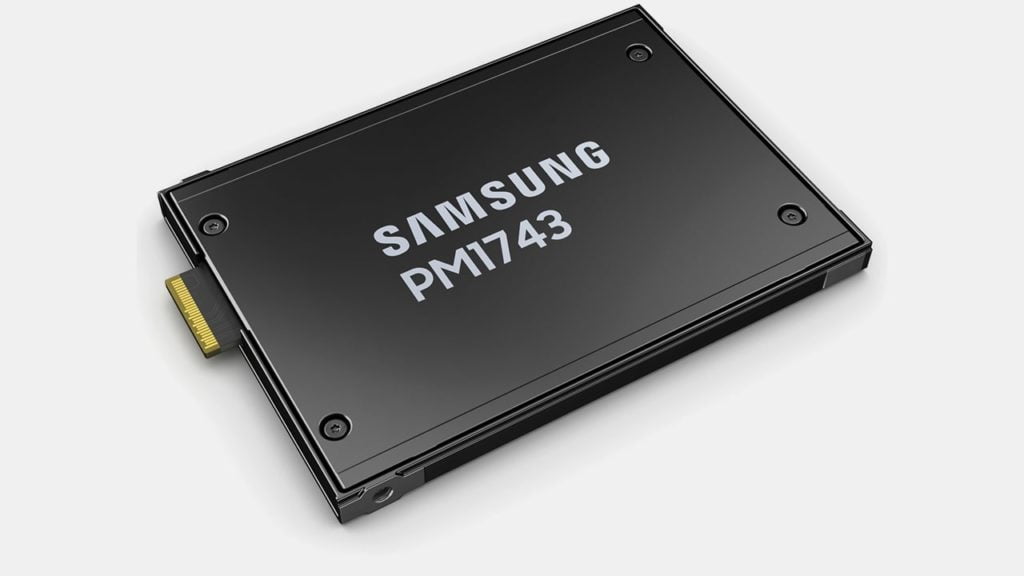 Not a day without a new PCIe 5.0 SSD announcement, with sky-high speeds.

It had been surreptitiously unveiled at the beginning of last summer, now it is enlightened with new details: the Samsung PM1743 is Samsung‘s first PCIe 5.0 SSD. Intended for the enterprise market and marrying the E3.S format at 3 inches (111.5 x 31.5 mm) or 2.5 inches classic, it should offer sequential read and write speeds of 13 Gb / s and 6.6 GB / s, respectively, according to the manufacturer. Values ​​already 1.9 times higher than the PM1733 units of the immediately previous generation, which this new medium aims to replace. It incorporates a new type of proprietary controller and embeds 128-layer TCL V6 V-NAND flash memory.

We also know that at the level of random performance, the PM1743 would be able to process 2.5 million random read operations per second and 250,000 write operations. Here again, results up to 1.7 and 1.9 times higher than what was practiced before. The PM1743 comes in capacities from 1.92TB to 15.36TB.

Another new virtue of this SSD, it would improve its energy efficiency by nearly 30% compared to the previous generation, with an estimated speed of 608 MB per second and per Watt (in short, a consumption of 21.4 W peak) . “We are confident that systems equipped with PCIe 5.0 with high-speed SSDs will succeed in transforming applications such as artificial intelligence, machine learning and high-performance databases”, enthuses Jim Pappas, director. new technologies at Intel.

A comment from the founder of Santa Clara which is not insignificant. Because the PM1743 release window is no coincidence: mass production should start in the first quarter of 2022, for availability in the following quarter – just hit the window of the supposed appearance of the first servers based on the Xeon “Sapphire Rapids” d ‘Intel.