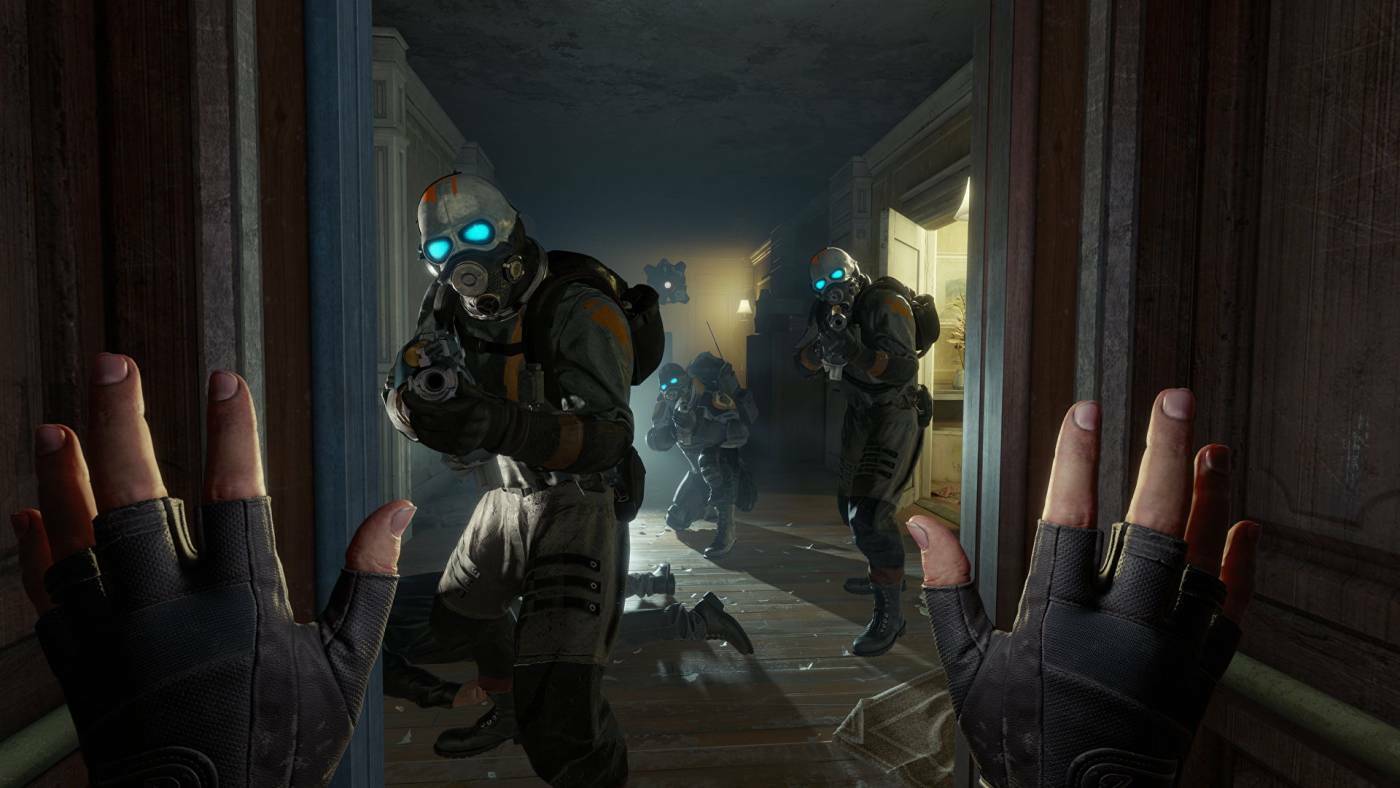 You are just starting your adventure in virtual reality and you do not know what worlds to plunge into in the first place? We present you the best VR games that you simply must see.

Where can I buy VR games?

Virtual reality is one of the most exciting directions in the development of the gaming industry today. Every now and then there is information about new games and trailers of upcoming productions.

However, we must remember that, as in the case of PCs or game consoles, VR games are also subject to distribution rights on specific sales platforms. We can expand our library of titles in the following stores:

We explain the most important concepts , parameters and features of the devices , thanks to which you will quickly find out which model is right for you.

It’s hard to imagine any combination of the best VR games without the production of the tiny Beat Games studio. If I were to show someone one casual title that would change their mind about virtual reality, I would choose Beat Saber.

The idea behind this rhythmic game is very simple. Equipped with two lightsabers of different colors, cut the incoming blocks at the right angle. The player’s task is to destroy red and blue cubes with a blade of the same color and collect as many points as possible. There are also numerous obstacles and bombs on our way that we must avoid. So be prepared to dodge , squat and exercise .

Each subsequent level offers different challenges . Over time, the colors of the blocks and weapons change, as well as the speed and reaction time in which we have to fit. Arrows informing about the direction of the cut can disappear in the distance, and some levels offer sensations in full 360 degrees . At these stages, we are attacked not only from the front, but from all sides.

Of course, the game offers tons of levels, both free and available for purchase as dlc extensions. Each of them is enriched with its own music, fantastically harmonized with the rhythm of the game . The emotions that accompany precise cuts as the bass and chords fill the mind and body cannot be replaced by a different experience.

Although the game from the Lodz studio made its debut on personal computers without virtual reality support, it was only in this mode that it showed its full potential. The use of bullet-time mechanics , where time passes only when we move and fight, makes us feel like Neo in the Matrix .

The concept of slowing down time combined with the immersion of the presented world provide a film-like experience . The exchanges of fire are incredibly spectacular, the bullets whistle over our heads, we dodge, throw shurikens, shoot firearms and fight hand-to-hand.

We will never pass a stage in exactly the same way. Each move changes our position in relation to the opponent and offers us different options of attack or defense. The ability to stop at any moment gives us time to think . The gameplay takes on additional depth and fast-paced action is mixed with a bit of tactics .

Nice graphics evoke Mirror’s Edge from memory – it is very stylish and contrasting . Bright red enemy models and black interactive elements are clearly exposed against the background painted with various shades of white.

If you’re looking for a gun-fu experience and value action in the style of John Woo movies, don’t even hesitate.

Since we have two great games with a relatively low entry threshold behind us, let’s try to take a look at slightly more extensive productions. Ready at Dawn’s Lone Echo is a story that will be remembered for a long time .

The player takes on the role of a service android named Jack working on the Khronos II space station. We are accompanied by Olivia Rhodes, our supervisor and the only man at the station. We are not, however, an ordinary metal puppet, a machine programmed only to carry out work and maintain equipment. We have our own personality , and contact with “Liv” is more than just an exchange of official orders. The captain is our friend.

The action gains momentum when, after some time, the systems register a mysterious anomaly in a remote space . On-board devices at the station refuse to obey, and the situation is getting more and more dangerous every minute.

The interstellar adventure shows the power of virtual reality in mapping environments that we do not deal with on a daily basis, in this case the state of weightlessness . We move around the station with our hands, grasping and pushing away from various surfaces, walls and handrails. Small motors mounted on the wrists can be used to change and correct the flight trajectory.

The narrative about the bond created between man and artificial intelligence and the discovery of the unknown, is complemented by perfectly realized voice acting and high-flying graphics . For a moment you can forget where we are and look at the stars, appreciate the enormity and beauty of the world at the edge of space . I definitely recommend it.

If I were to summarize Alyx in just one sentence, I would have to put it straight: Valve has created a masterpiece and showed what virtual reality games can look like. Nothing before and nothing later came close to the overall quality, scale and complexity of the world, immersion or the level of the visuals.

But let’s start from the beginning. We had to wait thirteen long years for the expansion of the Half-Life universe. The story that guides Alyx Vance has been placed between the events of the first and second installments. City 17 , a dilapidated and decaying Eastern European metropolis, is under the armed occupation of Combine forces. In this urban dystopia, in the shadow of a fortress under construction known as the Citadel, a resistance movement and hope for a better tomorrow are born.

It is this monumental view of the tower above the rooftops that welcomes us when the game starts. We are immediately struck by the scale and breadth of the world represented , the amount of details and details , freedom and freedom of interaction with objects. We can approach the radio and turn the knob or write with felt-tip pens on the windows. This is one of the few games that takes full advantage of Valve Index controllers, but without them we feel like a fish in the water (gravity gloves!).

It is impossible not to mention the sound and dialogues at this point. Conversations with Russell, a friend of the resistance movement, not only enrich the plot, but also lighten the somewhat gloomy tone of the production . The ubiquitous sense of danger and hopelessness of the situation in which we find ourselves is silenced for a moment. Dazzling scenery and frantic action go hand in hand with the soundtrack of the highest level. The sound effects of the giant Strider taking steps right next to us inspire admiration and horror.

As if that was not enough, the game supports modifications created by a large community focused around the title. Thanks to the Steam Workshop function, we can download over a thousand add-ons , including: new weapons, enemies or game styles. The largest expansions complement the game with new levels and campaigns, made possible by Hammer (a toolkit for the Source 2 engine provided by Valve).

I strongly encourage you to visit City 17. In a breathtaking world you will fight a very personal fight of a young girl who has nothing to lose.