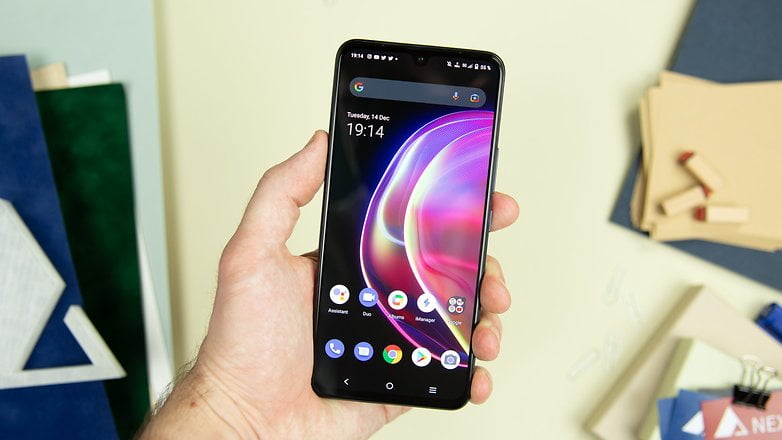 Recent news about the Purdue University study has sparked controversy. Does dark mode on AMOLED really save battery? Experts have argued that the dark theme does not extend battery life as well as is commonly believed. Perhaps the test results depend on the gadget and methodology used? We tested the theory ourselves: we took a smartphone with an AMOLED matrix and evaluated its operating time in various applications.

Why should dark mode save battery on AMOLEDs?

There are two main types of displays in smartphones: liquid crystal and organic LEDs. The latter are usually referred to as OLED, AMOLED, Super AMOLED, and so on. All pixels on such a matrix are highlighted separately, and on black they are simply turned off.

Therefore, the more black on the screen, the slower the battery drain. In theory, dark mode should increase the autonomy of a gadget with such a display. And in LCD panels, the backlighting is carried out using LEDs located on the back or side of the matrix, so that the displayed color does not affect the operating time of the device in any way.

All experiments are carried out on the vivo V21 smartphone – it has a bright AMOLED-matrix with a diagonal of 6.44 inches with a resolution of 2400×1080 and a refresh rate of 90 Hz. Obviously, it must consume a lot of power, so a dark theme can show a decent increase in autonomy.

We start the test by watching a YouTube video. The video remains in vertical mode with a small window at the top and comments below – in this format it is easier to notice the difference in charge consumption on a light and dark background. To begin with, turn on the standard white theme, set the brightness to maximum, connect to Wi-Fi and launch a video with a burning fireplace lasting three hours.

Three hours of video playback in a light YouTube design took 32% of the battery – quite an adequate indicator. If we repeat the experiment with the dark theme with the same settings, it turns out that the same three hours of playback took only 15% – the result has more than doubled.

Now we check the autonomy in other scenarios. We launch Yandex.Maps – the running application prevents the smartphone from turning off the screen, which is convenient for our test. We leave the included program on a light theme. Maximum brightness, experiment duration – 60 minutes. During this time, the navigator, which simply showed the point with our location, drained the battery by 14%. Under similar conditions, but with a black design, the battery lost only 7%. The dark theme has proven to be effective again.

In the settings of vivo V21, you can turn off the auto-lock screen for a maximum of 10 minutes – this is done so that users do not accidentally forget to lock the gadget and discharge it ahead of time. Therefore, in other popular applications that do not disable the transition to sleep mode, we will check the autonomy for only 10 minutes, so as not to touch the display again. Otherwise, the test results will depend on the number and intensity of touches – only a robot can ensure accuracy in such a process.

Playing a 10-minute playlist in Yandex.Music on a white background took 5% of the charge, on a black one – 2%. 10 minutes of Gmail in a light design discharges the smartphone by 3%. In dark mode – by 1%. Similar results were obtained when launching a calendar, an Instagram page, and a Telegram channel view. The difference in autonomy at maximum brightness is more than twofold.

The maximum display brightness will drain the smartphone quickly, especially with a light theme. However, in real life, not all people turn the smartphone backlight to full. Therefore, we carried out similar measurements at half the brightness of the vivo V21 screen.

Playing a video for three hours in a light YouTube design took 23% of the battery. The dark theme on the same video only discharged the battery by 13%. One hour of working “Yandex.Maps” on a white background deprived the gadget’s battery of 11% of its charge. With a black picture, the battery has lost 6% of its resource. In Yandex.Music, Gmail, Telegram and other applications, the difference between the modes was about one and a half times.

At an average screen brightness, the difference in autonomy between modes is not as colossal as at the maximum level, but it is still significant. Therefore, we can well recommend using the dark theme at any level of display backlighting – it saves battery power a lot.

Other ways to save power

But not a single theme. The Funtouch OS that powers the vivo V21 has other features to help you save energy. They are designed for different tasks and situations. Thus, the power saving mode significantly extends the smartphone’s autonomy: it decreases the display brightness, reduces the maximum processor frequency and limits the background work of programs. In addition, synchronization is disabled – it will be possible to receive new messages in instant messengers, social networks and email clients only after opening these applications.

In the battery settings, you can see which applications consume battery power the most. We select the utilities that are least needed and close their access to work in the background. This will allow you to avoid situations when the charge of a locked smartphone melts – such situations happen due to poor program optimization.

Practice has shown that the dark theme helps to significantly save power, this is not a myth or speculation. But do not neglect other ways of conserving energy. If you use them, put a black splash screen and switch to night mode of the interface, then vivo V21 will work for about two days – you won’t have to look for an outlet.