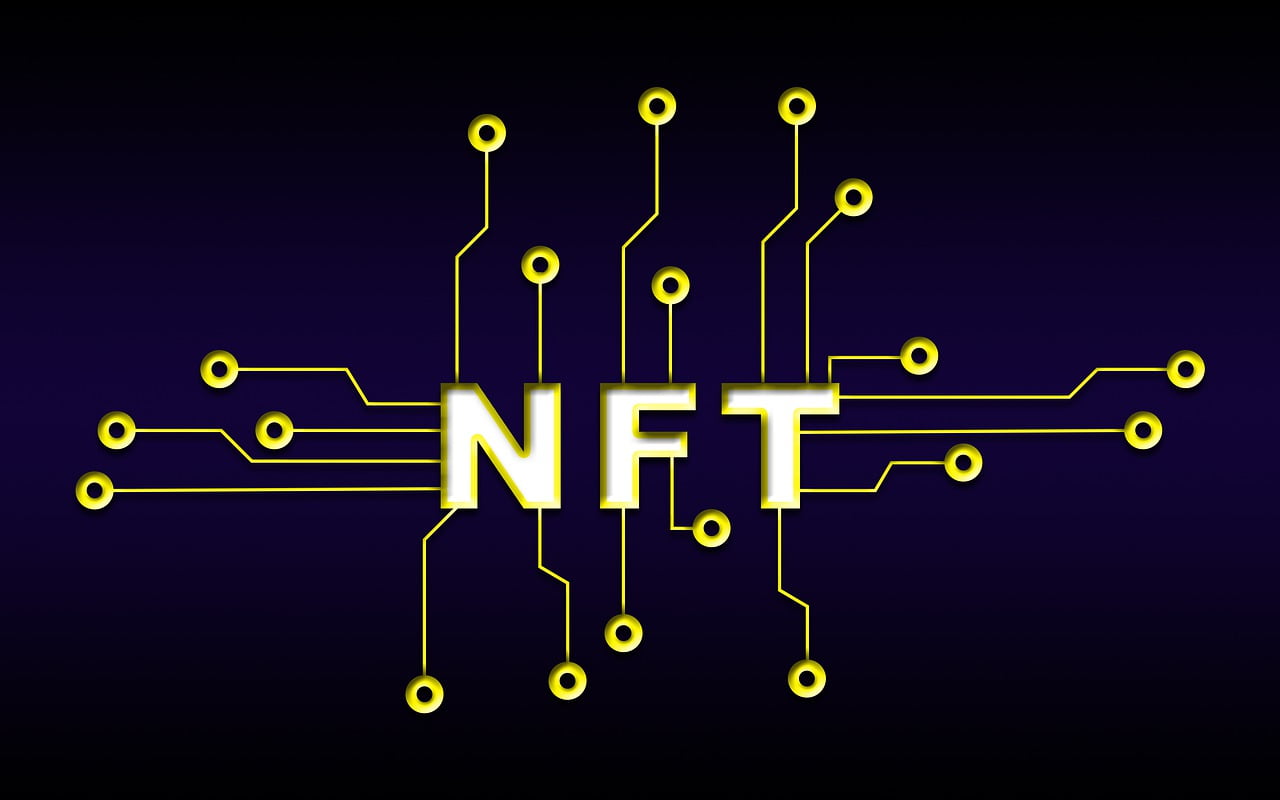 What is NFT? More and more often you can come across this mysterious – for many people – concept. NFT is an instrument that connects art collectors, investors and people involved in the cryptocurrency market. You can often come across the term non-exchangeable tokens that increase their value year by year. Therefore, there are also more and more people interested in NFT – mainly for financial reasons and the possibility of making a profit. What is NFT and does investing in it actually lead to earning in the first place? What’s the risk?

What is NFT? Where did the NFT come from?

Maybe it’s worth starting with an explanation of the abbreviation? What is NFT? It stands for a non-fungible token, that is, a non-exchangeable token . Here it is very easy to guess where its value comes from – uniqueness and uniqueness. The whole philosophy is that you are the only owner of the good.

The NFT itself can take many different forms. For example, it can be:

A digital record is needed here, which is a kind of certificate and declaration that the file is unique. Thanks to this, the investor knows that when buying it, he will be sure of its uniqueness. The NFT has thus become a proof of authenticity. It is not equal to another NFT token and cannot be copied.

It is estimated that the NFTs have been in existence since around 2012. It was then that experiments with Colored Coins began. These are the basic units of bitcoin, and were meant to represent many resources and be versatile – including collectibles. At the same time, there were other projects that focused on the NFT. These were, among others, Rare Pepes and CryptoPunks.

The NFT itself gained significantly in popularity in 2017. This was due to the CryptoKitties game. It consisted of adoption and trading in virtual cats. A lot of people earned a lot of money on the game and trading cats. It is becoming more and more popular every year. It is a way of buying and selling digital art. NFT has become a representative of graphic art, music, film and many other spheres that can be attached to graphic art.

An interesting phenomenon is also the division of NFT users. In this way, first of all, small communities are formed. How? Individual representatives have similar graphics on their profile photos that have been purchased and have a certificate confirming their originality . This is how they identify with certain patterns and canons of life. In this way, very small groups of owners are usually formed ..

Where to buy NFT? Is NFT a cryptocurrency?

The more you delve into a given topic, it always raises new questions. Now that you know what NFT is, now it would be worth finding out about how to buy and where. Well, NFT can be bought on special exchanges – an example can be OpenSea . Tokens are usually sold and bought for cryptocurrency. In addition, NFT is based on blockchain technology – just like cryptocurrencies.

However, beyond that, no further similarities can be found between NFT and cryptocurrencies. In the case of cryptocurrencies, they are interchangeable and therefore can be traded and exchanged for real money. They also have the same value – one coin is worth one coin. However, in the case of NFT, they are different. Everyone can have a different value and you cannot put an equal sign between them. In addition, NFTs also have a unique digital signature. This one prevents the exchange of NFTs with each other. Therefore, NFTs are non-convertible tokens. NFT can be sold on the secondary market. Buy and sell your NFT on… LG TV – the feature will become a standard?

How to invest in NFT and how much money do you need to have for it?

Now that you know where to buy NFT and what it is, it’s worth finding out how to invest in NFT? It is very difficult to standardize here, because it is about a collector’s value all the time. NFTs can achieve astronomical values. The NFT price is primarily influenced by the market, the position of the brand and the uniqueness and uniqueness itself.

Pay attention to the credibility of the token when buying an NFT. Verify that it’s from a verified creator or collection. It is also especially important to keep digital payments secure. Unfortunately, the protection of buyers in NFT markets is still very little developed.

Someone may ask – why is NFT so expensive? Because originality is mentioned here all the time. There is no other graphic like the one for which you acquire a certificate. The NFT market is very poorly regulated and hence, there is no restriction in price setting. As a result, you can hear about the staggering amounts that come up from time to time.

Very often people from the world of show business have a great influence on creating even greater NFT value. An example is Snoop Dog, who likes to brag about his purchases, as does Conan O’Brien. In this way, they create a kind of elite, or rather a feeling of belonging to a better sphere. Sometimes it is just about showing how much a person is able to spend to show their wealth. Often these are the amounts for which you can buy luxury cars or a flat. However, buying an NFT is definitely more for show.

Does investing in NFT make sense?

The NFT market is primarily a place where there is a lot of development all the time. However, by purchasing an NFT you are putting yourself at very high risk. Hence a simple dependency – don’t invest more than you can afford to lose. If you are unfamiliar with NFT, but you want to start your investing adventure, then it is worth gaining your first experience on small amounts . The NFT value is highly fashion dependent. If a particular artwork, music or other work is popular, then the price is obviously high. However, fashion is very fleeting and this will lead to possible drops in the future – even rapidly large ones.

The NFT is criticized very often. Very often mainly due to the impact on the natural environment. Creating NFT is accounted for in ethereum, which requires a lot of processor power. This process uses energy in a massive amount and thus NFTs are negatively related to greenhouse gases.

NFT is also particularly often compared to a financial pyramid. Others look for enormous speculations in it. There were also many thefts from popular websites for artists – graphic designers, where they could publish their works. From them, without the developers’ knowledge, NFTs were created and earned on it behind their backs.

How to create an NFT?

This job belongs to the exchange that transforms digital work into a token. It does this by just storing information in the blockchain. What do you need to do this? All you need is a digital wallet account – much like a brokerage account for buying stocks. You also need a cryptocurrency to create a token. Usually, billing is done in ethereum. The NFT can be of any form. It can be not only a picture, but also sounds, videos, animations and others.

How to sell an NFT and is it legal?

This is another very standard question that comes up relatively frequently. Because when you buy it, it is usually in order to sell it more expensive later. The sale also takes place on the stock exchange. The details of such a transaction are very different – it depends largely on which exchange will be selected, because they can have their own regulations. The way it works is that you must send your details to the exchange. Then you need to fill in the information about yourself. The stock market transforms everything into an NFT form. The seller provides the price of the work and its description.

People who are often distant from the novelty may ask – is NFT legal? NFT is legal and you can own, sell and buy a token.

What are the rights of the NFT buyer?

This is a very individual matter that requires correct reading of the contracts. Very often, together with the token, first of all the rights to use and reproduce. It is possible that the contract will only entitle you to one copy of the digital work in question. However, the items it contains are no longer property. This means that you do not have the right to duplicate the work or its reproduction. Hence the conclusion that you should read the purchase conditions carefully. Do not buy a pig in a poke as you will find yourself getting into trouble by misusing the NFT.

One of the most famous examples of transactions in the NFT world is the collection of Everydays – The First 5000 Days graphics by Mike Winkelemann (Beeple). This collection sold for $ 69.3 million . Another example is the Scott Fahlman emote from 1982. This is the first emote to be sold for 200,000 euros .

In the case of fashion, you can already observe that very popular clothing brands such as H&M, Nike and Adidas run stores in virtual reality and create digital equivalents of their clothes.

An example of a game that uses NFT technology is The Sandbox . There, users can create items to which they have ownership at all times.

In the world of finance, the NFT can find its wide application. NETfi is a company that uses NFT technology to secure its loans by pledging NFT. For this purpose, the non-exchangeable token is handed over to the lender and returned to the creditor upon repayment of the entire debt.

Another field for NFT to show off are mutual funds. An example is the Metapurse Fund – it is created by a group that invests its capital in digital art. It was this company that purchased a Beeple gun for a staggering amount. And they didn’t do too well in the long run. The company issued B20 tokens that functioned as shares in their works of art. Initially, the value of such a token was $ 28. Thereafter, the price only fell to around 40 cents.

NFT instead of educational books? Can it be successful? NFT is evolving all the time. This makes it possible to go to the next spheres of life. There is great potential in the real estate market, where NFT technology can assist in buying and selling . Additionally, certificates can guarantee the authenticity of virtual diplomas and documents . NFT will even hit Starbucks – it’s time to grow the community !

What is NFT? It is a non-exchangeable token that allows the development of trade in digital art pieces. What’s all this for? Thanks to this, the buyer knows that the acquired work is one of a kind and there is no other like he has. Hence, very high prices may occur.