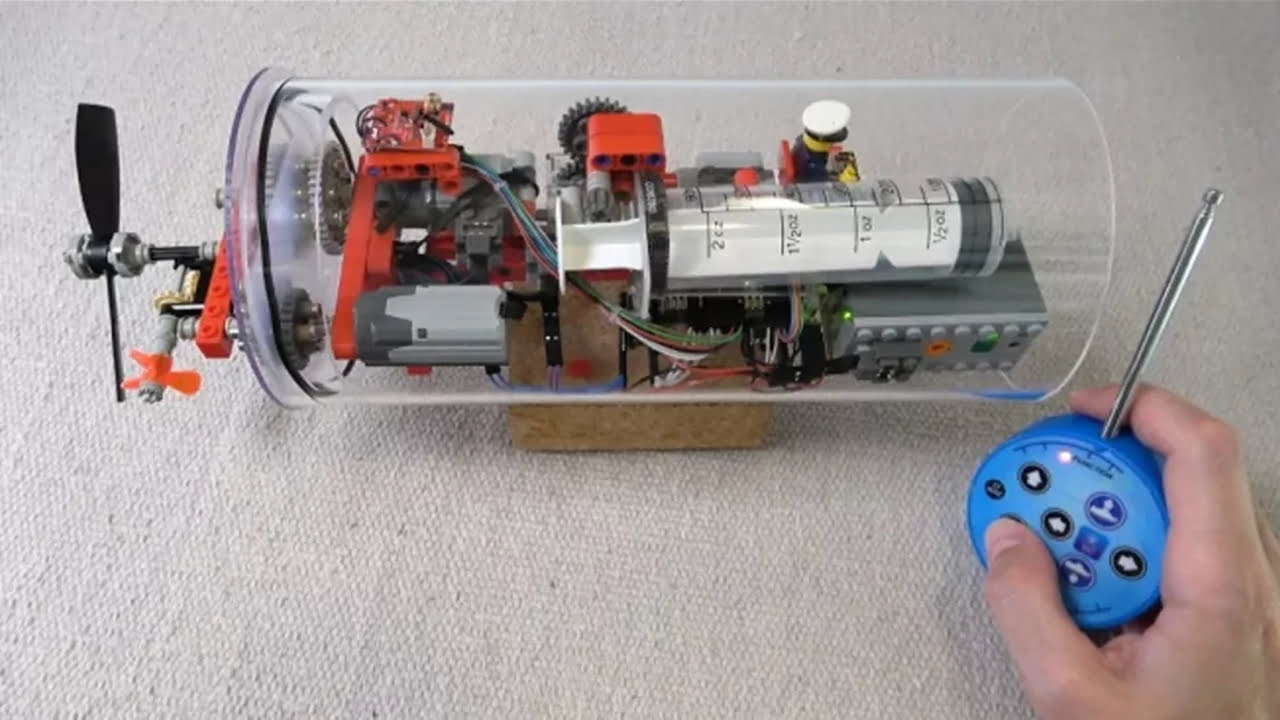 Submarine: Lego and Raspberry Pi bricks have one thing in common: they make great things possible, and the only limitation is our imagination. No wonder that by combining these two iconic elements, you can create something as amazing as a submarine. However, without the author’s ingenuity, this project would never have been created.

Lego and Raspberry Pi – this is an unusual submarine

Brick Experiment Channel is a YouTube channel where the author has already created many amazing projects, but the last one has beaten everything. We are talking about a submarine in which Lego and Raspberry Pi play a key role: the blocks drive the entire mechanism, while the raspberry manages everything. The boat can gain depth and ascend, as well as swim in designated directions, and it is controlled by a radio or along a programmed route.

But let’s look at everything in turn: the brain of the device is the Rasberry Pi Zero 2 W , which has been connected to the Lego Pololu 2130 DRV8833 Dual H-bridge controllers , and a set of sensors, and a radio. The sensors include both a pressure sensor and a distance sensor, while the Lego Rechargeable 9V Battery Box supplies power with the help of the Pololu 2123 S7V8F5 5V voltage regulator .

In terms of software, the Raspberry Pi OS is running on the raspberry, and the boat management software is a Python script by the creator of the project. This one made it available to anyone who would also like to build their own boat, or recreate its design, which is a very nice gesture.

The operation of the boat looks interesting: the title bottle is actually an acrylic cylinder, in which all the electronics and most of the mechanism are placed. On the other hand, a simple syringe placed inside is responsible for collecting and throwing out the ballast . When the boat is about to dive, the syringe draws the water in, adding to its mass, and when it is about to emerge, it pushes it out. Of course, the servo from Lego moves the piston.

The inlet is of course sealed to prevent water from entering the cylinder. But how do you drive propellers? Well, with moving parts, sealing is no longer a simple matter. Therefore, the author of the project from the drive side completely sealed the cylinder.

The ship’s screws move thanks to magnets placed on both sides of the acrylic wall. These are oiled to reduce friction. However, there is no need to cheat: it does occur and generates a lot of energy loss. However, it certainly translates into better protection of the boat against water getting into it.

The last elements that should be mentioned are steel pellets acting as ballast, a sports camera for recording underwater journeys and a Lego captain of the ship, which is almost indispensable in such a set. I must admit that the underwater journey that you can see in the video above makes an amazing impression.