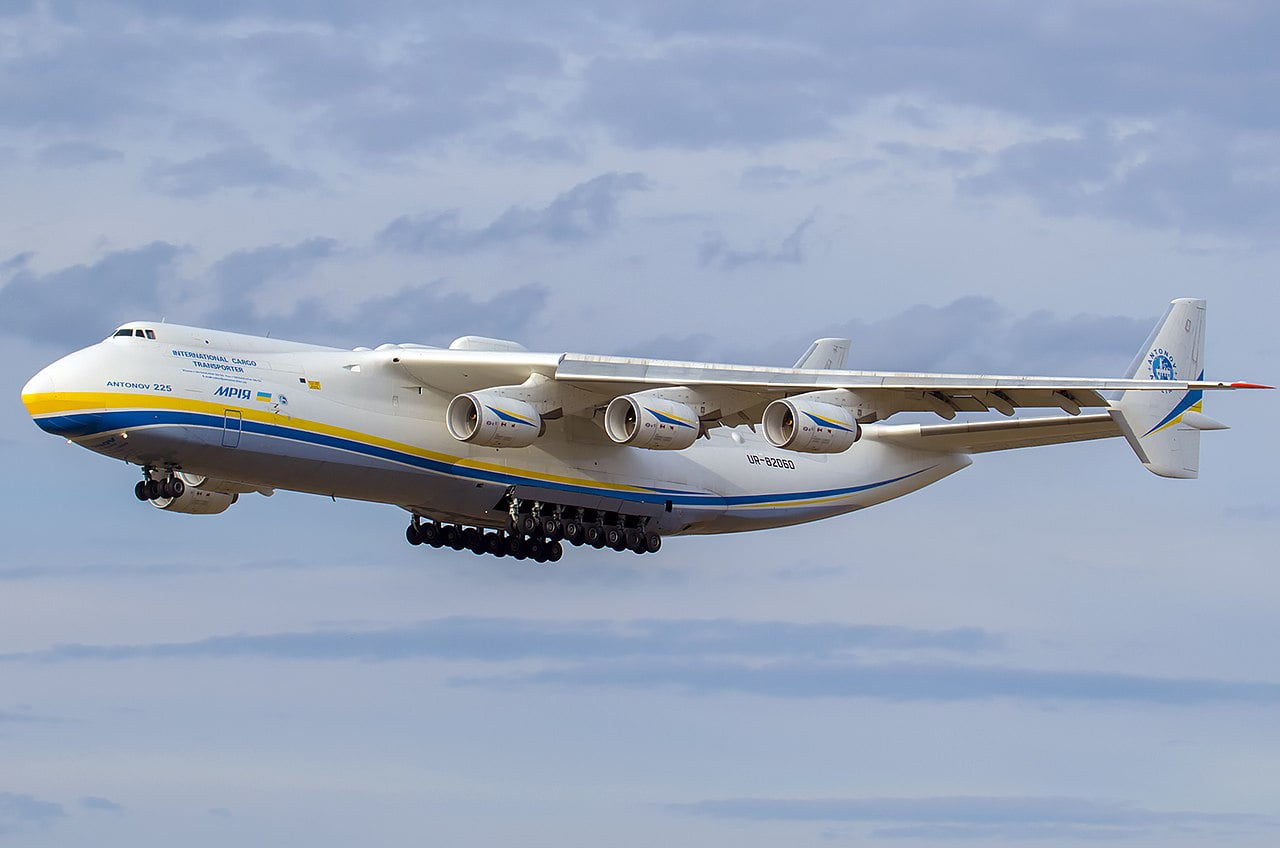 A few days ago , information began to appear about the possible destruction of the largest transport aircraft in the world – the Ukrainian Antonov An-225 Mrija . Unfortunately, although my throat tightens when I try to say it, it happened – the Russians destroyed Mriya during the hostilities.

What happened to Mriya?

Mrija landed for the last time on February 5 at Hostomel airport, located on the outskirts of Kiev. According to unofficial information, the stop was caused by the need to carry out repairs.

On February 24, Ukraine was attacked by Russia. A few hours earlier, the Ruslany airport at the airport was sent on a route, now they are outside Ukraine. Mrija, however, remained in the hangar .

This morning, a photo was circulated on the web that was supposed to show a burning hangar with Mrija inside . Soon after, the Svoboda radio confirmed the destruction of the plane, the information was provided by two sources from Antonov. Later, the information was also confirmed by Anatoly Fedoruk – the mayor of the city of Buczy, 4 km away from the airport. The fire occurred after the fifth raid, the fire was fired from a helicopter.

Ultimately, the information was also confirmed by Dmytro Kuleba, the head of Ukrainian diplomacy.

It was the largest plane in the world, the AN-225 “Mriya” (“Dream” in Ukrainian). Russia could have destroyed our Mriya. But they will never be able to destroy our dream of a strong, free and democratic European state. We will win!

Antonov himself also spoke. They did not deny the reports, but the plane is to be inspected by experts and only then will its condition be officially determined .

What about the second copy?

Theoretically there is a second copy of Mrija. The problem is that due to the collapse of the USSR and the end of the space program, Buran was never completed. It has been in stock for 29 years .

The plane differs from the one destroyed by the Russians, it has a redesigned tail and fins. Antonov made many attempts to complete the second Mrija, but the costs of the project were far too high for this company. Ultimately, the aircraft is approximately 70 percent complete .

It should be remembered, however, that the construction of the second Mriya began over 30 years ago, and according to unconfirmed information, many elements require replacement due to signs of corrosion. We do not know where this plane is now and whether it was also destroyed.

Mrija went down in the history of aviation

Along with the hangar at the Hostomel airport, the machine, which broke many aviation records, burnt down, and its arrival always attracted many observers and aviation fans to the airport .

Mrija was originally an enlarged Antonov An-124 Ruslan. Equipped with 6 Soviet engines weighing more than 4 tons, the Lotariev D-18T was to be used for transporting the Buran space shuttles. The space program collapsed and the plane was decommissioned.

In 2001, however, it returned to service after Antonov Airlines converted it into a cargo plane . Mrija has been seen many times in Poland. Two years ago, this plane delivered medical equipment and materials to the Chopin airport in Warsaw.

Then the record for the volume of goods transported by plane was broken, it was almost 1000 m³. The transmission of the landing of Mrija was watched by 100,000 viewers. The plane landed 5 times in Rzeszów, where it was temporarily grounded during the last visit due to a failure of the landing gear.