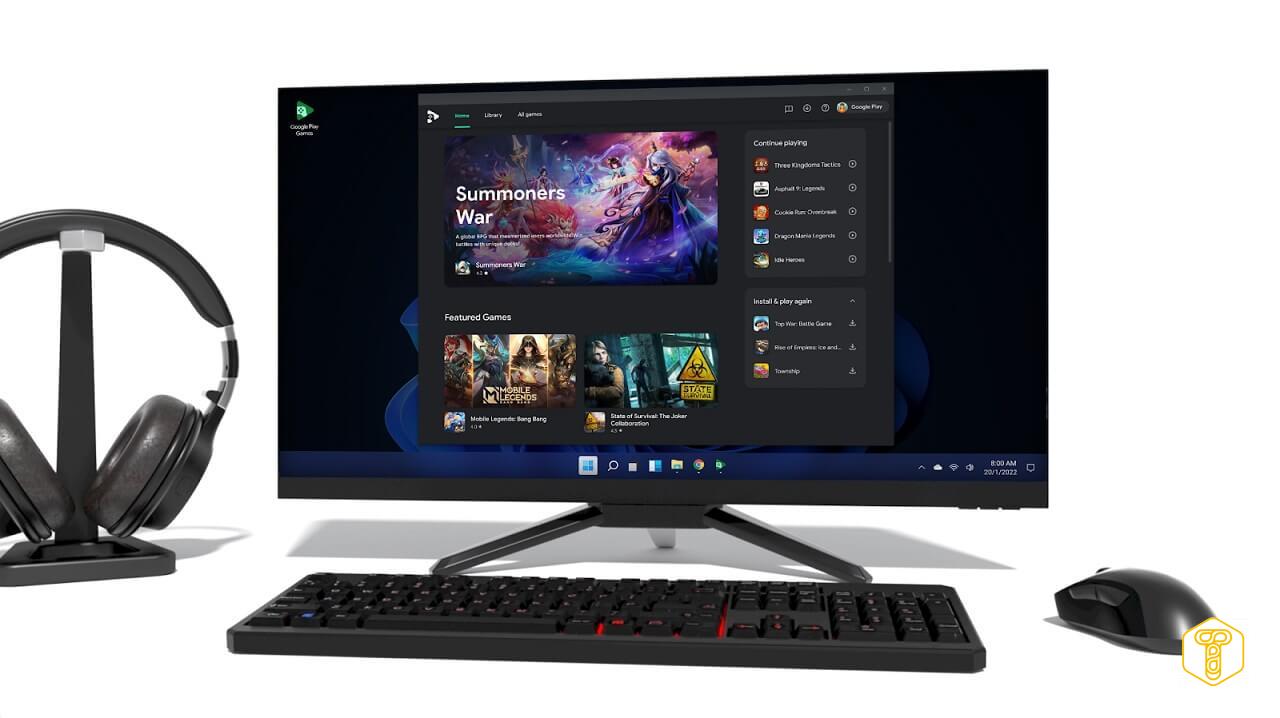 Before the premiere of Windows 11, Microsoft announced that this system will run Android games and programs . The initial enthusiasm, however, declined quite quickly when it turned out that, yes, he would do it, but not in cooperation with Google, but with Amazon. This meant a limited lack of applications and the need to make repeated purchases. Now, all in white, or rather red-green-yellow-blue, Google comes out with its Google Play Games on Windows, through which we will run games from the Play Store on the Microsoft system.

Thus, Android games from the Play Store have become officially available on Windows, although for now only in beta and for selected regions. And while this move seems pointless as it takes away another advantage of Chrome OS, it is in line with Google’s policy. It is about the idea of ​​ambient computing, i.e. making everything out of a device that we have at hand .

Moreover, this apparent precipitation of Chrome OS’s trump cards can help it too. After all, if someone decides that Android games and programs are enough for him, he will be more likely to switch from Windows to a system from Google.

It is worth emphasizing here that Google Play Games is not a cloud game. The applications are actually downloaded and run on the client device. Equally important, any progress will be automatically synced between the user’s computer and smartphone and tablet. This way, you can continue the game on any device.

Remember, however, that it is still a beta version. Moreover, many Android games do not support pads, let alone mice and keyboards. And so, initially only a handful of production went to the service. And although there is no official list of games, it is possible to deduce exactly which items are meant from the attached materials:

So far, the service is only available to players in South Korea, Taiwan and Hong Kong, but Google has announced that it will soon expand it to more regions and titles.