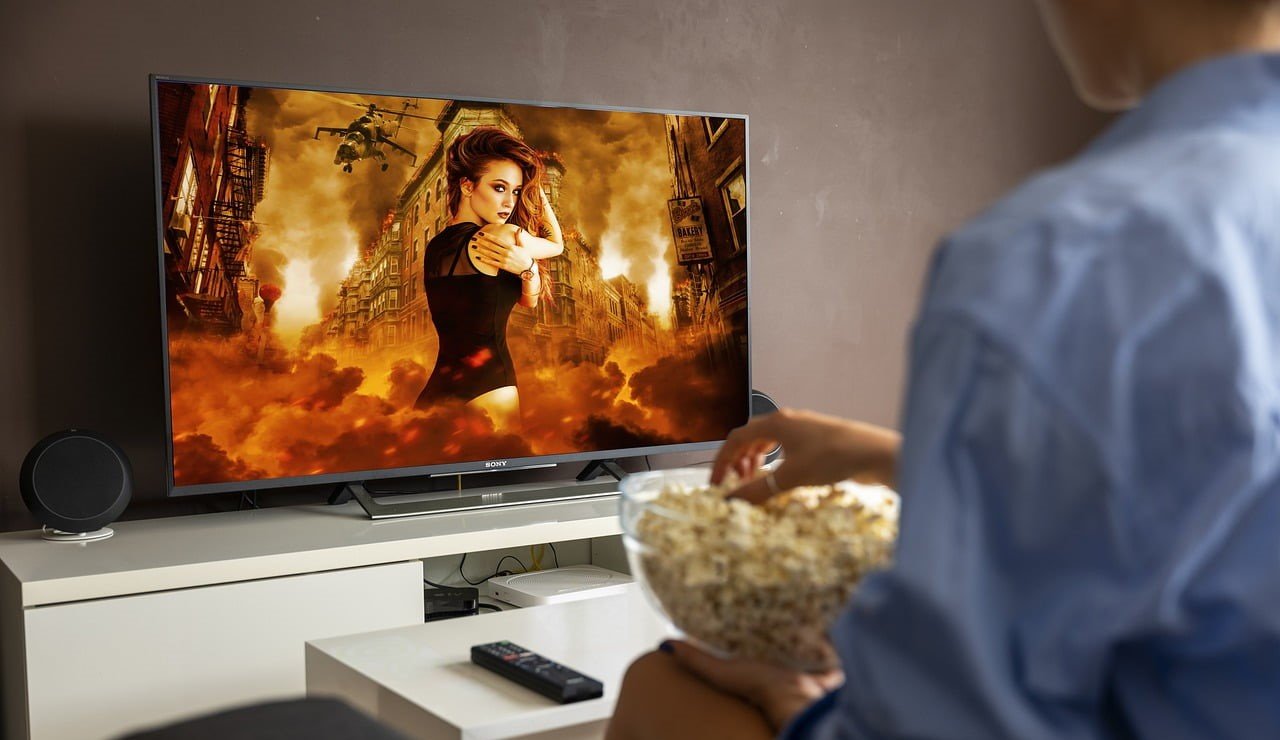 The matrix in the TV set is a very important issue, because our living room screen will probably stay in front of us for several years. Today we think: LCD or OLED? As in many situations, each technology has its advantages and disadvantages. Not every one is perfect for every application, and they are all developed and with a few changes every year. This text should dispel many doubts and myths that still prevail among people looking for a TV set.

OLED matrix – how does it work?

OLED is an abbreviation of “Organic Light Emitting Diode“, which in short they are organic LEDs . The biggest advantage of the OLED matrix is ​​the fact that each pixel shines completely independently .

We will come back to this in a moment, but let’s start with the greatest advantage of OLED matrices, i.e. infinite contrast. As I mentioned earlier, each pixel is completely independent, i.e. it shines on its own, without the use of additional backlight as in the case of the LCD matrix. It also allows him to turn off completely, thanks to which there is no so-called blooming.

The black elements will remain truly black, which for many is an element they can no longer live without. Going further, thanks to the lack of additional backlighting, OLED matrices are much thinner than competing LCDs.

Unfortunately, the OLED matrix is ​​not free from disadvantages . The biggest disadvantage that has already been significantly minimized is burnout. In the years when OLED technology was in its infancy, it was quite a problem, the same in some phones with these matrices.

Currently, the problem can still occur, but after a much longer time. This is thanks to the technology of reducing the brightness of solid elements and the technique of pixel shifting. It is not visible, it is shifting by one pixel in each direction so that it does not shine in the same color for too long. Despite these changes , the problem can still arise , especially when we play a lot of one game or watch a lot of news channels.

The second disadvantage is lower brightness, as well as lower color saturation at higher brightness compared to LCD televisions. The first disadvantage is due to the construction itself, although successively, which generation is better, we slowly reach 1000cd / m2 with a calibrated screen.

The second disadvantage, in turn, results from the additional white LED. It increases the brightness, but we can lose the vividness of the colors. However, Samsung Display technology QD-OLED can solve this problem. Will it be so, we will find out soon, as TV sets with QD-OLED matrices have already been announced by Sony.

LCD technology – a classic matrix in a new edition

LCD matrices have been with us for many years, but they have changed a lot. Currently, this name covers such matrices as QLED, MiniLED or MicroLED . In addition, there are many mysterious shortcuts that are very important.

LCD TVs have had their worst moment in popularity, but thanks to the new technologies explained above, they are making a comeback. They have several advantages over OLED TVs, but they also have a few disadvantages from which the OLED matrix is ​​free.

Starting with the advantages, LCD matrix TVs can be much brighter than OLED TVs. This allows us to use them in much brighter rooms, such as a glazed living room. Another advantage of LCD TVs is a much wider cross-section of dimensions .

From a dozen to over 100 inches , where in the case of OLED we currently have a choice from 48 to 88 inches . Additionally, LCD TVs are much cheaper. With a budget of PLN 4.5 thousand , we can find a very nice LCD TV with FALD, and an OLED of this size with similar parameters is practically twice the cost.

Time for the flaws, the main ones starting to fade awaythanks to MiniLED technologies, as well as better and better FALD algorithms. So, glowing black. The LCD matrix cannot fully turn off individual pixels like OLED matrices.

During the day, with a good level of blackness of the matrix itself, it should not bother us . At night, however, it is a bit worse. Due to the lack of external light, even the minimal illumination of the matrix is ​​visible, in some TVs more, in others less.

Personally, I’m not too susceptible to it, but I know people who have OLEDs too spoiled in this regard. Another downside is uneven backlightingin very cheap constructions. On the one hand, it is hard to consider it a disadvantage, because we do not have other options, but cheap TVs with edge illumination can attract attention even during the day.

Which LED or LCD TV to …

I have allowed myself to break down this issue into a few of the most popular points. Overall, the choice of the TV and the matrix that should be in it is a matter of preference. I prefer a very bright QLED with good Local Dimming, and at the same time I do not like my friend’s OLED. He, on the other hand, is not convinced by bright elements, he prefers pure blacks much more .

Which TV for the living room?

It is very easy. If we watch a lot during the day , a bright LCD TV will be a better solution . The contrast in this case is not that important, because the light reflections will prevent the black from being perfectly black.

A very bright screen that stands out above the ambient lighting is a much better solution . If our living room is darker, we have control over the light or we just watch it at night, we can choose OLED. In a dark environment, the black blacks from the OLED matrix already give a big gain on the overall movie experience .

The bedroom is a place where we watch mainly in the evenings, or in the morning, when we do not want to leave the bed yet. We can successfully use a TV with an OLED matrix here. Nevertheless, I would personally turn to QLED. More precisely, the Frame series from Samsung, which allows us to hide all cables with the One Connect Box, and additionally hangs very close to the wall and can pretend to be a picture.

What TV for sports?

When choosing a TV for sports, we do not have to worry too much about contrast , and mainly with the refresh rate of the matrix. If we watch football with friends, for example, I would avoid the VA matrix.

They have poorer viewing angles, so people looking at an angle will have a worse picture. The optimal option in this situation is simply a large panel with a refresh rate of 120 Hz and the appropriate brightness for specific conditions.

Here the matter becomes a bit more complicated. By no means in the subject of the matrix, here we can be guided by the brightness in the room. Mainly it is about all additions in the form of 120 Hz, VRR (variable fresh rate), or automatic game detection and low delay mode activation .

A lot also depends on the games we play. Games like Hunt Showdown with dark scenery will gain significantly with OLED and higher contrast at low brightness levels. Games like Forza Horizon 5 or Fortnite , which are bright and colorful, can do better on a bright LCD , especially if we can turn on Dolby Vision on the console, which looks great in Forza.

In a word of summary, i.e. LED or LCD display

Each die has its advantages and disadvantages. In one case, LCD will win , and in another OLED will be the best possible choice. In the end, it all depends on our environment and preferences . Some prefer blacker blacks, others a wider range of colors (which will be discussed in other text), and still others HDR, which even beats the eyes with bright points.