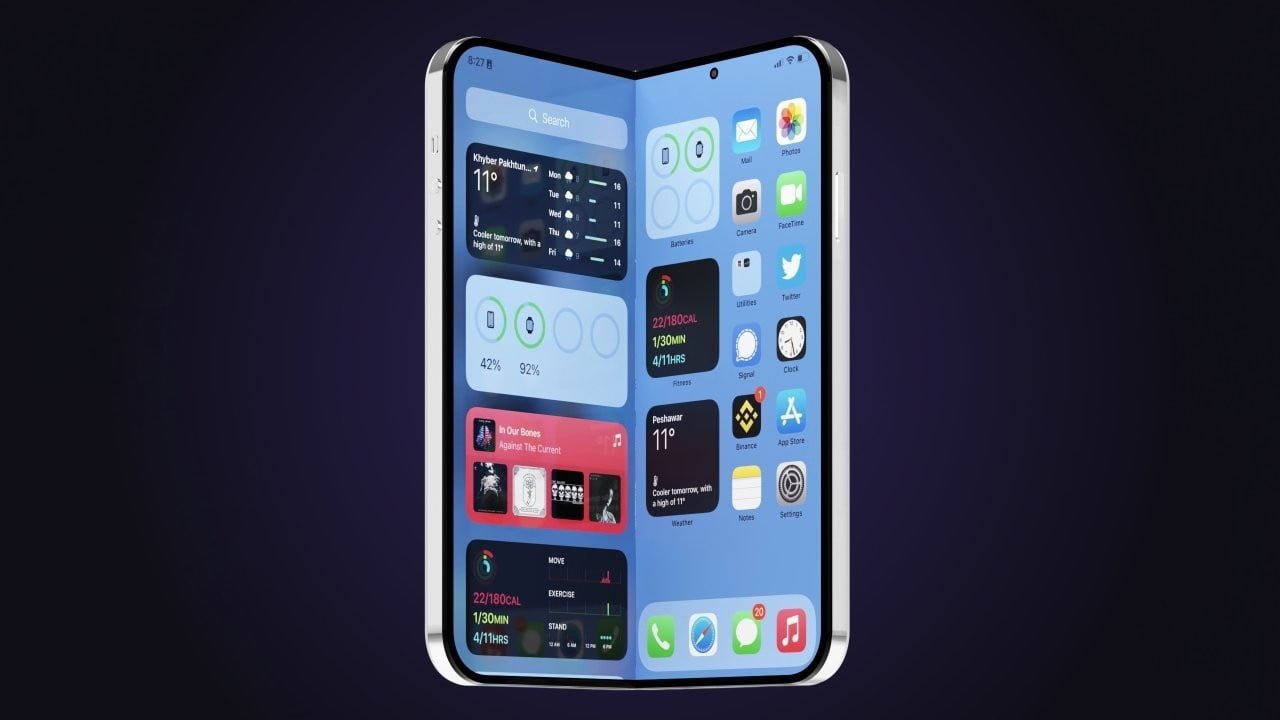 Apple repeatedly rolled out features years after the competition, it has often done so much better than other companies. The company is already preparing new technologies for the iPhone that may debut in a few years. Probably, if it finally decides to introduce them to the market, it will do it really well. What can we expect?

New technologies for the iPhone are coming

Improved Lidar for the iPhone

New technologies for the iPhone include improved Lidar (Light Detection and Ranging), i.e. light detection and range. It went to the 12 Pro model in 2020. This solution was intended to increase the productivity and efficiency of AR applications by providing, for example, a distance measuring function that works perfectly. However, in reality, the potential of this technology is huge, and Apple has only just begun to develop it.

Lidar, in combination with artificial intelligence, will be able to predict in the future who is using the smartphone – whether it is its owner or maybe some other user. Thanks to this technology, the smartphone will be able to observe the habits of a given person – at what angle is the device inclined, how the user presses the screen, etc. Lidar together with artificial intelligence will ensure greater spatial awareness.

Folded screen on the iPhone

The most popular devices with folding screens are Samsung smartphones. The Korean giant has over 80% of this niche market, and no wonder. The Galaxy Z Fold3 is a really successful device that wins praise in reviews. However, only the third version of this equipment has really become well-developed and works perfectly well.

Analysts say that when Apple enters the market with such a smartphone, it will take the majority of the share and beat Samsung. It is not hard to imagine it. The question, then, is why the Cupertino company is delaying? There may be several reasons for this.

First, rumors indicate that the infamous fold in the center of the Folds screen is something that cannot happen on an Apple device. Tim Cook’s company does not like half measures, and such imperfection looks really bad. Apple wants to make a device with a folding screen without folds and prefers to wait for the technology of bent displays to mature and make it possible. The second reason is watching your competition and learning from their mistakes. In this way, Apple would like to release the most refined product on the market – more than once the company has proved that it is able to do it.

Apple tested a 9-inch device this year – at least that’s what the well-known analyst Ming-Chi Kuo claimed. However, a possible premiere of the equipment should not be expected before 2025. The supplier of the panels may be LG. So Apple fans will have to wait a really long time for this kind of hardware, but I think the wait is worth it.

The European Commission has imposed a single charging standard on smartphone manufacturers, namely USB-C. Android hardware publishing companies will have no problem with this as all phones have this solution. Unfortunately, Apple will have to get rid of the lightning port by then and replace it with a USB-C connector. There is one more solution that has been talked about on the Internet for years. Apple will get rid of any ports , and the iPhone will only be charged wirelessly.

There will likely be a large number of malcontents who will be furious at such a move. However, Apple will at least have the argument that the change is due to top-down regulations, not their decisions – that’s a great way out of this situation. At the same time, a revolution on the mobile device market will begin, because others, including Samsung in particular, may follow the Cupertino company.

On the other hand, data loss with Apple is done in a non-contact way, via the cloud or Airdrop. Competition will struggle with this, and users without cables will go berserk.

New technologies for the iPhone include another “big thing”, ie AR glasses, thanks to which the user will see the world assisted by augmented reality. We already know that Apple has been working on such equipment for several years and it will appear on the market in a few years. What does this have to do with the iPhone? Same as Apple Watch with a smartphone. It’s tightly in sync with the phone and can’t really function without it.

The glasses are expected to be an extension of the iPhone , with applications that must also be downloaded on the smartphone (e.g. to receive appropriate notifications). The iPhone will remain the management center, and equipment such as watches and glasses will extend or complement it. Certainly, a better voice assistant will also be useful here, which will support the use of the interface on the new device.

Changes related to moisture / rain on the screen

The IPX8 parameter is a standard in today’s smartphones that guarantees that the device is waterproof. Using smartphones in the rain is no longer a problem in terms of fear of flooding the equipment. However, using the screen at this point is sometimes troublesome – the display goes “crazy”. Apple may find a solution to this inconvenience. In the new patent, the company described “Modifying the functionality of an electronic device during an event of exposure to moisture”. When it detects such an event, the smartphone will assess how much moisture is being dealt with and adjust the screen behavior to prevent inappropriate touches. It would be really useful – using a smartphone in the rain is a nightmare.